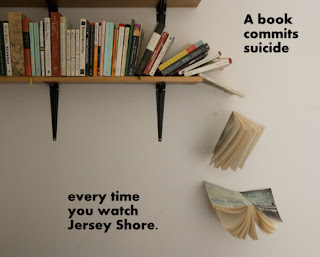 My characters are Chatty Kathies of the worst sort. I had a few hours of free time last night, sans family. Thought I’d take advantage of that and try to get in some solid writing time, that *wasn’t* at midnight.

I’ll admit that I’ve been feeling a little ambivalent about this third book. Partially because of the way the last few weeks have gone and partially because of some stuff happening behind the scenes.  But I also know that when it seems like I’m actively avoiding working on the ms, it’s probably because I’m heading down the wrong path.

This is one of those panster type things, I guess. And I don’t really like to go back and edit a first draft as I’m writing it. If I recognize a small issue, I’m more likely just to leave a note in the margin detailing what the fix should be and then I keep going. But not so much right now.

So I went and reread what I had. First couple of chapters were fine…and then it started to fall apart. I could tell that I didn’t know where I was going, because my characters were all just standing around jabbering at each other. Which is fine up to a point – after all, I really like writing snarky dialogue and it *can* be a good way of moving a plot forward…when it works. (I did this in the first draft of the second book too, so clearly it’s going to be an MO with me…)

But this wasn’t working. The first few chapters are full of things happening (none of which I can reveal without massive spoilers), and then I have a chapter or two where characters come to visit Abby. And they talk. And maybe they do an interesting thing, but instead of any real reaction occurring, Abby just…talks. And lets them leave. And she grouses to herself.

Total Yawnsville. Not to mention that any sane person who went through what she just did would probably give the collective of Faerie the finger and walk out the door.  In this case I know where she should be ending up in a chapter or two, but it was completely lame on how she got there. Like, really? You’re just going to roll over and go to sleep when *THAT* just happened? Please. Besides, I needed a certain thing to happen…and  in order for it to remain plausible it had to happen very quickly. The more characters talk at each other, the more likely they are to realize that what they’re about to do is a Really Stupid Idea.

So, I took a machete to the thing and chopped out the last 4k I’d written over the past week. Which sucks, but it’s also cathartic. I backed it up and immediately felt better as I rose the stakes a bit. Readers want action and reaction…not pontification. And so now the overall concept is still happening…just without all the fat. Plus I saved the chopped bits because I can reuse them – there’s definitely a scene or two I want to include, but I have to strip away the excess crap to find the soul of it.

It’s not perfect, but it’s better. (And I can tell, because the characters seem a bit more enthused about it as well. Funny how that works.)

This entry was posted in blog and tagged craft, editing, panster, writing. Bookmark the permalink.

One Response to Please Hush