The Sweetness of Surprise 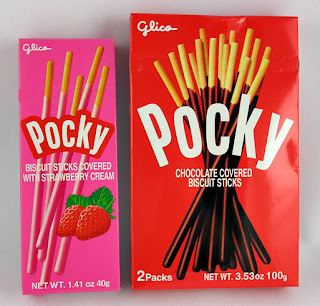 Connor decided to be creative last week. During class, he was supposed to have been working in one of his notebooks, writing about any particular subject. (I think he was allowed to choose his own.) In his case, he wrote all about what the next Star Wars movie would be, since he’s apparently going to write and direct it when he grows up.

Which is all very well and good, except that he then proceeded to fill up the remaining pages with drawings of epic Jedi battles.

The teacher was not pleased. We were asked to replace the notebook – a task that completely managed to slip my mind over the weekend. So today, I ran out to the local Safeway to see if they had anything in their overpriced office supply aisle.

Only the Safeway wasn’t there anymore. Didn’t even realize it until I walked in and discovered that it’s now a big Asian grocery market. Which has its pros and cons – for one thing, there’s nothing quite as domestic as an office supply aisle…or at least none that I could find. On the other hand, there was an entire aisle dedicated to Asian candy, including an whole section of Pocky in its myriad flavors. (They even had one of those *big* boxes with the giant pocky sticks.)

Now, I did load up the basket with several boxes, as well as some frozen chicken dumplings and what is basically a package of chive/onion pancakes (fried, they are awesome). The thing is, I hate looking like an ass when I walk into places by mistake – so turning around and walking back out just wouldn’t have worked for me. (Yes, I have been known to buy something random just to prove I’m *supposed* to be there. I am weird like that.) I would have bought the dumplings anyway, since I like them, but the Pocky made it all worthwhile.

Of course, I’m still going to have to find a notebook for Connor after work, but in the meantime, I suppose the Pocky will have to do.

This entry was posted in Connor, pocky, random. Bookmark the permalink.

14 Responses to The Sweetness of Surprise