It’s Called Fiction For a Reason 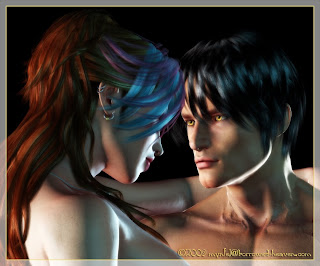 An interesting topic came up the other day when I was talking to my aunt. I had sent her my ms a few weeks ago, just to get a feel for what she thought of it – we read a lot of the same sorts of books, after all.
I’d love for her to love it, but if she doesn’t, that’s okay too.  And at the same time, there’s a *lot* of me in this book – the average person might not see it, but knowing me as well as she does, she’s already been able to pick out quite a bit. I feel a little more exposed than I thought I would and that makes me leery about having other family members read it.

Which of course, they can do as they like. I’m just not sure I want to *know* what they think. (But then, I’ve always been a bit like this with my writing, so I suppose I’ll just have to get over that. Strangers? I could care less. My brother? Ewwww.)

At any rate, part of the conversation then revolved around my other aunt. (who is very conservative and religious – i.e. won’t read Harry Potter, etc.). I had just assumed she would probably hate it because of the smut level. “Ah, yes, you’re one of those *trashy* novelists.” Which doesn’t bug me, but then it was pointed out that she would probably have a bigger issue because the hero is an incubus. Hence daemonic. And my heroine (who shares a fair amount of my personal traits), is sleeping with him. Falls in love with him. All that good stuff.

And yes, there’s a full on smut scene with him in his more daemonic form – antlers, hooves, tail and all. It’s a rather pivotal scene, though. My major point being that it shouldn’t really matter what you *are*, so much as *who* you are. To be honest, though – it had never crossed my mind while I was writing it – that people might actually be offended by it. After all, it’s a story, not an autobiography.

Ah well. I’m enough of a lapsed Catholic as it is, so I imagine writing about smexy daemons will only upgrade this handbasket I’m riding in.

This entry was posted in craft, writing, wtf. Bookmark the permalink.

8 Responses to It’s Called Fiction For a Reason