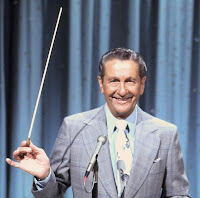 So I got an email for another workshop the other day. Which is fine. I used to take a lot of workshops, and sometimes I still do, though I tend to lurk in some more than others. Just depends on the timing and the subject matter. Overall, I do tend to prefer workshops that have at least *some* element of hands on, but sometimes it’s not always possible due to the content or just the sheer number of people taking the course.

Anyway, so this one came into my inbox and it just rubbed me the wrong way. I don’t remember all the specific details, but it had something to do with keeping “writing sense” or some such. Essentially we were going to be taught why it wasn’t okay to have main characters who didn’t fit certain tropes – i.e. a elderly type woman couldn’t suddenly become a Goth or a young heroine couldn’t be a fan of Lawrence Welk “even if she fondly remembered her grandmother listening to it”. You know, because readers have certain expectations, and we, as writers, really shouldn’t go outside these expectations, because it won’t ring true or make sense.

Personally, I think that’s bullshit. And I don’t know if it’s just the romance genre that insists on these types of rules, but for some reason I don’t think anyone’s telling George R. R. Martin that it’s not okay to kill off half his main characters. Or that they can’t commit incest. Or that he can’t have dragon babies suckling the breasts of a 15 year old girl. Or a million other things his books do that break most of the so-called molds. Maybe sci-fi/fantasy readers are more accepting of things that don’t always make sense up front?

The truth of it is that I think a good writer can make pretty much anything work. And while I understand there is a certain “comfort” factor in having things play out a certain way, I can’t help but think that trends get old after a while. In a world of sword-wielding vampire slayer tough girl books, how can I make my heroine, my story, stand out from the rest? Well, obvious bent – I didn’t write a vampire book – but I’d like to think if I did, I’d still be able to give it something a little different.

Obviously there are certain story-telling elements that do have to at least be somewhat consistent or you do run the risk of confusing your reader…but personal quirks of the characters? Why should it matter if your heroine is an old soul, or if your hero likes watching the Muppet Show?

As writers, we tend to spend a lot of time on trying to figure out the big things – the motivations of the characters, the conflicts, the relationships, but as I’ve said before – the devil is in the details. If you’re writing to a more trendy topic, why not have fun with it? I mean, no, there aren’t too many people writing about small unicorns living in underwear drawers, but love or hate the concept -most people would have to admit it’s unique. If it sticks in your mind, then my job is done. If not, why then, I guess I have to try harder next time.

This entry was posted in workshops, writing. Bookmark the permalink.