And Just Who *Are* My Characters, Anyway? 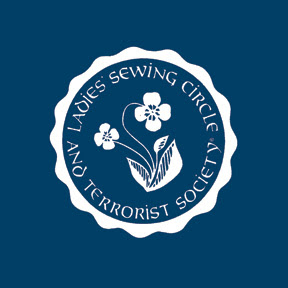 Sort of a continuation of yesterday’s post, but without the smut. (Boo…)

Anyway, so as I continue to NaNo along, I’ve definitely found ShadowWeaver to be picking up nicely. Although a few of the chapters start out a bit aimlessly, I now have a good idea of where I’m going. It’s different than I initially imagined it, but I’ve got the setup in place now and we’re starting to get into the action.

MoonSong still continues to give me off and on fits. In some ways, I’m actually grateful for NaNo for this – it’s allowing me to try writing the same chapter from different PoVs without the added pressure of feeling like I need to produce it NOW. (Unlike ShadowWeaver, which is more established in my head, so I know what I’m putting down needs to count a bit more).

However, some interesting things coming into play here with MoonSong. 1) I think I kinda suck when it comes to writing 3rd. And I should preface that – I enjoy playing PbP games, which are normally done in 3rd, but they make for very sloppy writing habits, especially when coposting – head hopping all over the place, etc. And while that’s just fine for a game environment, I find myself doing it when I write the normal stories, and that’s a no-no in novel writing (for the most part). What I’ve then been forced to do is write a chapter from each character’s PoV – a little more like GRRM’s GoT series.

But…that wasn’t working too well either. Actually, the hero was doing just fine in it. It’s taken a little adjustment for me to figure out just who/what he is, but I think we’re just about there and he’s starting to fall into place. Although I do struggle with the romance angle of it a bit. I have no problem with him saying whatever to the heroine, but I feel like the biggest cheeseball on the planet having him sitting there and thinking about how awesome her ass is. I dunno…it just comes across as fake. So I’m going to be chickenshit for now and not go there. (Oddly enough, I’d be just fine if he looked at her and got a cockstand out of it, though. More visceral for me than some bullshit line about how he’s longing to cup the fleshy mounds of her breasts in his hands. *shudders*)

Heroine? Different story. Tried her in third and it’s just not clicking. She’s either disconnected or a rather heartbroken mess. I can make some allowances for her since she comes with a lot of real life baggage, but that doesn’t mean I can let it roll forever. Even wrote up a smut scene to try to get the two of them acclimatized in my own head. Weird result. He was *definitely* into it, but she was rather distant. Not in a bad way, but I’m not sure if she wasn’t just lying on her back and thinking of England. Not where I want to be.

So for shits and giggles I wrote up a chapter for her in 1st. And boom! There she was. But it’s a much different voice than Abby. With Abby’s 1st, I’m right there in the trenches with her, shadowing everything she does/thinks/feels. But this one came across as much more of a narrative 1st – more along the lines of Phèdre in Jacqueline Carey’s Kushiel’s Dart. (Which would be totally awesome, btw, so I’m not complaining about that). It was nice to see – that crazy-weird descriptive voice thing that I have came back in spades. She’s darker than I thought she’d be, but I kinda dig it. I may go ahead and do the alternate chapter thing – leave hers in first and his in 3rd and see how it flies.

I’m not sure how well it would be received as a romance novel, however. And I’ll admit, my original intent was to do more of a straight fantasy with romantic elements – although the hero seems to have his own opinion about that, so we’ll have to see how it goes. With the 1st PoV, though, it’s coming across as more of a fantasy book and I think I’m more comfortable with that.

This entry was posted in craft, pov, writing. Bookmark the permalink.