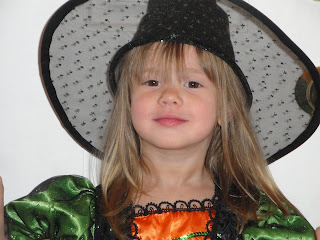 Just a late night update here. I wouldn’t call Halloween a bust, per se, but between the rainy damp thing going on (although it was 70 degrees out, go figure), and Connor still being sick enough that I actually had to come back to the house with him once it wasn’t overly great either.

We managed to get a pretty good haul, even so. Enough so that the majority of it is going to the office with me so I can give it away, anyway. Damn diet is hard enough to stick to without a mountain of crap in the kitchen.

But I have to say, I did feel a bit melancholy tonight. Maybe it was the rain. Maybe it was the fact that we didn’t get too many kids tonight, or that so many houses had their porch lights off. I seem to remember Halloween being a major deal when I was growing up. We would wear our costumes to school, and there would be this huge parade through the neighborhood. We’d go out around 5 and be out until 8 or later, even as kids. 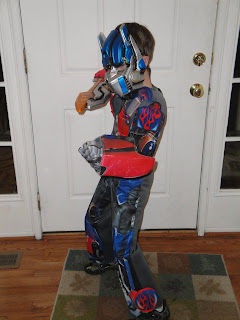 Now though, seems like hardly anything goes on with it. I did read an article the other day that stated that when the economy is bad, Halloween is one of those holidays that tends to take a hit. For example, in 2002, when everyone was riding the dot com wave, people spent like 6.7 million on Halloween crap.

Last year it was like 2.5 or something. I’ll have to dig it up, but you could really see it in our neighborhood tonight. Makes me a bit sad, honestly.

I mean, yeah, on the surface it’s just another stupid corporate driven holiday. But underneath it all, it’s got a deeper meaning, at least for me. A childhood ritual of sorts that’s fallen by the wayside for a mishmash of reasons. 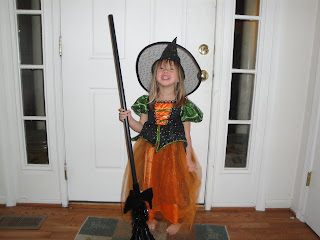 (And I had to post another pic of Lucy here in her witch costume. You can’t see it here, but in the dark, the whole lower half lit up with tiny little green fiber optic thingys. Was a total hoot.

This entry was posted in Connor, Halloween, Lucy. Bookmark the permalink.

3 Responses to Tricks and Treats