Advocacy in the Time of Bullshit 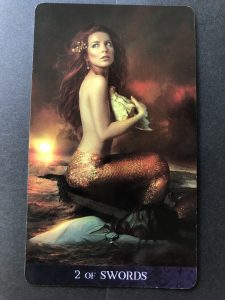 So this week was a bit of a mess on a number of fronts. And maybe it’s just the fact that I’ve been on steroids for a couple of weeks and I’m also menopausing like crazy, but I just…have no more patience. For anything.

(Yes, the steroids helped – I can hear again, huzzah. Boo, the menopause continues and hotflashing is shit and yes some of the herbal remedies help, but still. Really, body? Right now?)

There have been some good things – the kickstarter I’m contributing a story to funded, so I’ve already turned in a script to the editor for that. Awaiting feedback so I can talk to Aimo about how we want to set the pages up a bit better. I also have the formatting for A Symphony of Starlight done, so with any luck I’ll have paperback versions ready to go by the end of November, early December. If you were waiting for that, you should be able to at least get them by Christmas.

But the thing that is really getting  to me this week is that for the 2nd (3rd?) time I’ve had a small press contract fall through for the print version of Fox & Willow. Now in the other cases, the small press ended up going out of business, or we didn’t agree on some of the print details and couldn’t make it work. Fine, it happens.

But this time irks me more, because I had a signed contract. I had the promise of an advance on delivery/publication. I had hopes of getting it into bookstores and all the rest of the trappings that come with more traditional pubs. And I’ve been waiting and preparing. Trad publishing is slow, even with smaller presses. That’s part of the deal.

I went to Malaysia this summer to help Aimo rescan the pages. I’ve been relettering them all myself, fixing up the images, making sure the sizes are all correct and I’ve been getting ready to put them all together into Adobe InDesign to format it. (In short, all the work a publisher would probably normally do?) Aimo and I have also been brainstorming to add more content – after all, it *is* a webcomic. Sure we’re going to make some edits on some of the pages here or there, maybe add a page or two, slap a fancy cover on it, but it *is* free and out there for anyone who wants to read it right now. So we wanted to make sure there is added value and all that type of stuff to make it worth the price tag.

And it was all due in about a month, so I’ve been stretching myself a little thin. (On top of the stupid sinus infection/exchange student/back to school/day job/book release/laptop battery swelling.)

But then I started hearing some rumors about how the publisher in question wasn’t paying people. Which to be fair, sometimes happens with small presses. And not everyone was complaining about that – I didn’t have specifics, just…whispers.

It’s not a good feeling, though.  So I’d been kind of hovering and wondering what I should 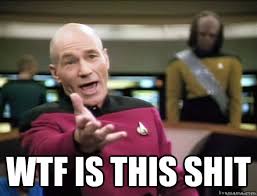 do – and then the shit hit the fan. Rather then go into specifics, I’ll toss a couple of links up here so you can check it out if you’re interested, but it turns out it’s way deeper than just not paying a few people. It’s systemic abuse, gaslighting, racism, and possibly something criminal as far as funds go.

CHIZINE FUCKED UP, BUT THEY’RE THE TIP OF THE ICEBERG

The evening some of this new broke, the oddly apropos tarot card up above actually showed up in my SugarMuses box. (It’s from the Tarot de la Nuit, if you’re interested in such things.) Mermaids are my wheelhouse anyway, and the Two of Swords was pretty much exactly where I was with trying to figure out what to do.

I was only on the edge of all of this – had no idea about any of it or I would never have submitted anything – and once we heard the first stories of not just late payment, but terrible treatment of interns and employees, calling writers names, etc, Aimo and I decided to yank it. (And this was before the worst of it came out, to give you an idea of how bad even the first stories were.)

And really, publishers calling their authors “cunts” is beyond the pale. Like, even if you really think that, keep it to yourself and be professional about it. Authors are the people making your product. Without us, you have nothing to publish. And this isn’t limited to small presses. I was orphaned multiple times at the Big 4/5 publisher I was contracted to. My second editor refused to meet me or my agent for lunch. Made fun of my writing to my face. Didn’t actually edit my book.

When this particular issue happened to me, I was too new. Too unsure of what I should do. And no one stood up for me. My agent at the time didn’t. My publisher didn’t. I had my book edited on the sly by someone else and turned it in that way. It wasn’t ideal, but at the time I only wanted to make sure I could produce the best book I could. These days, I would probably make more of a stink.

It’s very hard in this industry. We all try so hard to get those publishing deals and sometimes things aren’t perfect. It’s easier to stay quiet and keep your head down. But having professional differences isn’t the same thing as being dismissive. Respect, even respectful disagreement, costs people nothing.

Pay authors what they are owed. Work with them to make a good product. Be kind. The end.

As far as Fox & Willow goes, I’m not sure I even want to bother putting it out on submission again. At this point it might just be easier to self pub it. (We did go ahead and start uploading it to Webtoons – I’d held off in respect to the publisher, even though we have about 17k readers on Tapas anyway, but I feel like Webtoons might have a bigger platform. We’ll see…)

In the end, Aimo and I dodged a bullet. I’m heartbroken for the authors/interns who were wrapped up in all this and tried everything they could to try to fix the issue with the channels available to them. I hope they get the money owed them/rights back. Maybe now that it’s come to this the writer community can figure out a better way to deal with things like this when they come up. If nothing else, we have to learn to speak up not only for ourselves, but for others who maybe don’t have the ability to make themselves heard.

This entry was posted in blog and tagged chizine, fox and willow, goddammit, updates, wtfkery. Bookmark the permalink.

One Response to Advocacy in the Time of Bullshit