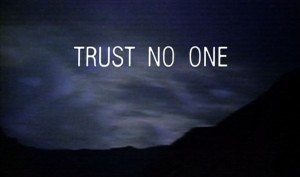 And here you probably thought this post was about the X-Files reboot. 😉

Alas, no – though I’m not above snagging a bit of the original opening credits to use for a picture.

I suppose it would also apply to the recent kerfluffle from the romance writing world involving a certain blogger/author, but to be honest, I don’t know that much about it and I’m not particularly interested in weighing in on it.

In this case, I’m actually speaking from a gaming perspective, specifically navigating the murky waters of online interaction, particularly when it comes to kids. Bullying, of course, comes in many forms – it’s been around forever – but the way in which it’s done has clearly changed.

With the advent of social media, things can go viral in mere seconds, guaranteeing humiliation can live on for a very long time. As much as I was bullied growing up, I’m just as happy there was no such thing as the internet at that time.

But that being said, I’m having to come to grips with it as it pertains to my own kids. I’m going to focus on gaming at the moment since we are basically a gaming family, and that comes with its own set of issues besides regular social media. (I’m actually in the middle of writing a short story for an upcoming anthology and it revolves around gaming, so it’s been on my brain a bit lately.)

When it comes to myself and online gaming, I do it a fair amount. (Or I used to, when I had more time.) Lots of MMOs, XBox Live, MP Mass Effect, etc. And my basic rule of thumb is that I only tend to play with people I know. My time constraints are high enough that I just can’t commit to guilds like I used to and to be honest, I put up with enough crap being a woman online that I have no need to invite additional trouble.

But in either case, I’m an adult. I can set up blocks, ignores, whatever. I learned my lesson a long time ago that people behind an anonymous shield can be enormous douchecanoes, online gaming or otherwise. Unless I know someone personally in real life? Forget it.

When my son started playing XBox around the age of five, it was only a matter of time before he wanted to start playing online as well. Which I held off until he was about nine – and then I let him play with my gamer tag. (Mostly he was playing variations of Transformers online, so nothing too crazy.)

But I was pretty particular about it. No headphones. No Kinect. And being nine, he was under the assumption that everyone he was playing with was his age. I don’t think it ever crossed his mind that adults would be online with him. And of course, everyone in game was there to be his friend, right? *sigh*

But I knew otherwise – because as he played, people would be checking out MY gamertag. They saw I was a woman and the hate messages started pouring in. (Which seems dreadfully unfair, honestly – I mean, I wasn’t even PLAYING and I was getting called all sorts of nasty stuff.) Mostly what I did was just capture the messages in case I needed them later, and then just delete and block. Engaging would have been pointless. And Connor didn’t care because he didn’t know, and I was aiming to keep it that way.

Fast forward a few years and now, yes, he has his own Gold account. I still retain a fairly tight control on it as far as what he plays, but he’s at the age where many of his friends also have accounts, so at least I know who he’s playing with.

So far so good, except for the online bullying that is starting to happen. And in some ways it’s worse knowing the people behind the avatars – kids in particular often don’t have any sort of filter.  I don’t mean the usual gamer trash talk – there is a difference, and I’m well aware of it. And while kids do need to learn to “fight their own battles” so to speak, it’s hard to watch my son deal with some of the meanness. (It blows being invited into a “party” just to have everyone consistently gang up on you, kick you from the group, and basically just tell you to “shut up” every time you open your mouth. Really rude kids, to be honest.) 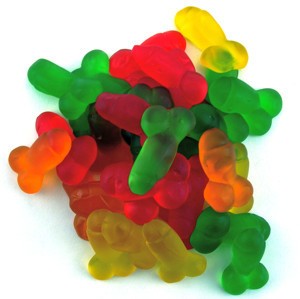 As much as I wanted to order something from Dicks By Mail, I finally suggested to him that it might be best to just remove these guys from his friend list. That if they were truly interested in playing with him, they wouldn’t be such assholes. Frankly, life is too short – why put up with the toxicity? You’re not a dog, so don’t sit around begging people to kick you.

Thankfully enough, he actually did remove them. And though I know it hurt him to realize that some of his schoolmates could be that hateful, there was a fair amount of relief there too, because it wasn’t an issue anymore. He didn’t have to see when they were online, and that was that. (And the good thing is that he found a few other friends he’s much closer to that he actually meshes with online – they’ve got a nice little Halo group going now.)

I realize as far as online harassment goes, the above is a fairly mild incident, but it’s just one more level of complexity in social interaction that needs to be learned.

Lucy is now begging for her own account as well, but that’s probably not going to happen for at least a few more years for a number of reasons. But we’ll deal with it when we get there.

This entry was posted in blog and tagged connor, dicks, gaming. Bookmark the permalink.

One Response to Trust No One