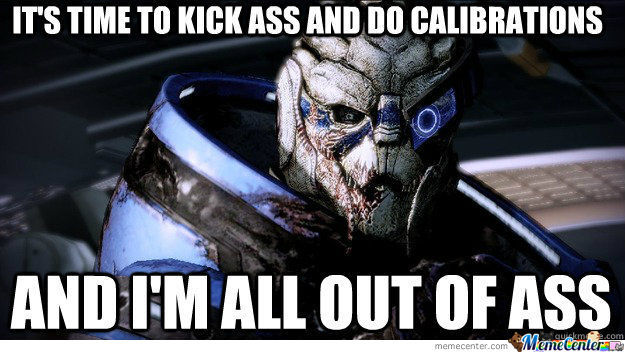 Some days I wish life had roll-over hours. Like minutes or data plans, you could hoard your time when you didn’t need it, and cash it in for extra sleep or work time at a later date.

I used to be a morning person. Many moons ago, I was up with the dawn and doing things and that was fine. And then somewhere along the way I became a night owl.

(Probably around college – and that bled into wanting some sort of life after work, and then after the kids came along it was about having some quiet time when they went to bed…and then when I started writing, the midnight-witching hour was about the only time I could find in which to actually get anything down.)

Which would be fine, except I got a dog. Who is now nearly 10 months old…and she is a 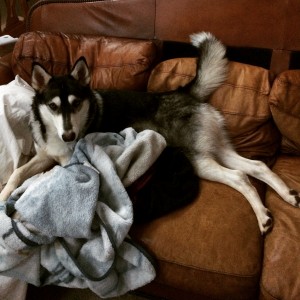 morning person. Like the 5 am sort. Sometimes the 4 am sort. This has led to a lot of moments where I either get up and deal with it, or listen to her  howl in her crate for the next two hours. It’s an awful lot like having a baby, to be honest, though this one is hairy and has ripped open a sofa or two so far. (The offset is that she now tends to crash earlier in the evenings, so at least I get some quiet then, particularly if she’s gone to daycare that day.)

In some ways it’s worked out well – Connor’s moved up to a different school, which means an earlier bus time. I no longer set my alarm clock, but at least Maggie ensures that one of us will be up in time to get him up and out the door. (He has a clock. But he sleeps through it. And the dog howling. Ah, the ability of youth.)

On the other hand, what to do with the 2 to 3 odd hours of time until Lucy’s bus? It sort of depends, honestly. Some mornings, Maggie just wants out for a bit and something to eat and then she curls up on the couch next to me. Those are perfect mornings, because it’s quiet and I’ve actually started to switch my writing brain on during those times. It’s a bit sluggish at first, but it’s starting to come around.

And then there are the mornings where I spend most of it trying to keep a certain puppy out of my trash cans. Or she wants out. And in. And out. And in. Sometimes that means I give up and take her out for a mile walk or so. Sometimes it means I play fetch. And sometimes it just means keeping an eye on her while I do stuff in the kitchen. (Which doesn’t sound like much, but suddenly I’ve got clean dishes and a vaguely uncluttered counter, and for me, that’s something. This morning it was all about peeling potatoes for the crock pot of potato soup currently bubbling away, so at least I’m doing something useful while I’m up. If it’s a snow day and I’m going to be stuck at home with the kids, all bets are off. I just log into work and start cranking away at the day job, because in a few hours chaos sets in and I’d rather start above the curve.)

Of course, the downside to this is that I tend to crash much earlier now myself. Good in some ways – I’ve been listening to my body and unapologetically passing out when I need to. But it also means some of my creative time gets cut into more than I’d like, particularly some of the online meetings I usually participate in. Time zones being what they are, it’s hard to sometimes get everyone in the same virtual room, so to speak.

Roll-over hours. Where are they?

This entry was posted in blog and tagged I need more time, maggie, new schedule. Bookmark the permalink.