somewhere I have never travelled, gladly beyond 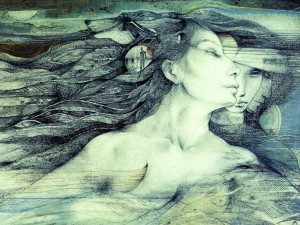 I had something different I was going to write about today.

I suspect many of us did. And whenever stuff like this happens, I always debate if it’s even worth it to say anything at all – after all, I’m not exactly particularly gifted when it comes to blog posts. (And as per usual, there are always people out there who say what I want better than I can, so I usually just leave it up to them.)

But you know, depression or bi-polar disorder or any one of those other mental diseases out there – we can’t just continue to push them under the rug. There’s always been a stigma surrounding them and a misunderstanding by people who aren’t affected (or who don’t know anyone who is affected.)

Just like those of us with more physical chronic “invisible” illnesses, it’s very easy for others to point and say “oh, just get more exercise/meditate/take X herb/drink more water/etc, etc – it works for me!”

And you just want to take whatever spoons you have left and throw them against the wall because It. Doesn’t. Work. That. Way.

I have been fighting various bouts of depression for years – partially driven by pain issues, health issues, creative issues…and just whatever part of me is messed up. (I was in 4th grade when I first seriously attempted to take my own life, so it’s not something “new.”)

I suspect many writers and creative types do – though it’s not nearly romantic as people like to paint it. (And yes, there is an interesting study that indicates that writers are in the top 10 professions to suffer depression, so I suppose there is something to that.)

In a lot of ways, I feel tremendously guilty for even admitting that I think about killing myself on a somewhat monthly basis. After all – I have things pretty damn good, all things considered (not counting some of the other health issues.) What could I possibly be so sad about?

And that’s the thing – there isn’t a “rational” reason behind it.

It’s a slow spiral for me – small issues piling on top of each other until suddenly I’m at the bottom and I begin to think that things really aren’t worth it, will never be worth it, and there is no escape. Usually by the time that happens, I realize I’m at the bottom and I take a few days to work through it and then I start to come up out of it.  Somehow I mentally reset until the next time – although there are times when that “last straw” will send me straight down the tank and those are the worst, because it’s unexpected and I have a much harder time digging out.

I’ve withdrawn quite a bit over the last couple of years – from social media, from blogging, from online conversations (and yes, that includes the Word Whores group blog.) It has zero to do with anything but the fact that a lot of days it feels as though I can barely hold on to myself, let alone my family or anything else. (Though I can be pretty good at hiding it. A lot of us are.)

At any rate, I just felt like talking about it a little bit today, given the loss of of Robin Williams and what he meant to so many people.

This entry was posted in blog and tagged depression, robin williams, sorry for whining. Bookmark the permalink.

4 Responses to somewhere I have never travelled, gladly beyond