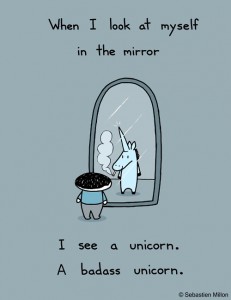 This past weekend was the time of conventions apparently. Between SDCC, RWA and assorted smaller venues, pretty much everyone I know was at something.  And while I would have liked to be there, I was traveling up and back from NJ to pick up the oldest sprog from summer camp. (Lots of driving this summer, whew.)

But driving leaves room for brainstorming and sometimes just finding time for that sort of thing is priceless.  (It’s easy to zone out and let the mind drift, particularly if the other passengers are sleeping or whatever.)

And I’m a fan of percolation – sometimes ideas just aren’t ready yet and forcing them before their time can make for a harder road.  At any rate, I was revisiting something I’d started a while back – a concept I really liked, but wasn’t quite sure how to tie the individual bits into some sort of continuity and suddenly it “popped” and things began to fall into place.

Which is lovely, because I’ve been starting this particular piece off and on without a definite direction (except for the end, of course) but every word has been fighting me along the way…and now I’ve got a better idea of how the characters need to fit together.  (It’s going to require a number of different PoVs, which is something I haven’t done before, so I’m looking forward to making that happen.)

So yay for me. I’ve also got two short stories started/conceptualized that will need a little more thinking over before I’m entirely sure what to do with them, and another one that is currently being edited. I finished it a few months back, but needed to let it rest before I could look at it with more objective eyes. Hopefully I’ll find a home for that one as well.

And then there’s a novella or two I began several years back and did nothing with…but I’m beginning to think now is the time to finish them up. I’m even giving serious consideration to self-pubbing the next Abby book (which is really a Melanie book) –  I’m poking at cover artists to get some rates and I’ve already got an editor in place, so if I can make it work, I’m going to go ahead and do it.

So basically, the time for percolation is over.

Now if I can just clone myself so I’ve got more hours in the day, I’ll be golden.

This entry was posted in blog and tagged fire in the head, melanie, not enough hours in the day, percolation, self-publishing. Bookmark the permalink.