Cleansing of the Palate 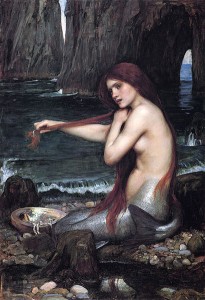 It’s been one of those odd mornings. I woke up at 5:30 and couldn’t go back to sleep, but I didn’t really want to get up either, so I was basically just laying there for while surfing the net on my phone.

It’s sort of a lousy way to spend the time, but it wasn’t helped along much because I was getting a bit angry at some things and that tends to work up the hamsters in my brain and then there’s really no shutting it down.

(I’m a slow boil, incidentally – it takes me a while to process. But I don’t want to blog about it because I don’t think it will accomplish anything other than to stir up things probably best left alone. )

At any rate,  I finished up revisions on the new manuscript a couple of weeks ago and sent them back to my agent, so hopefully we’ll be going out on submission soon. (I still have to finish up the synopsis. I’m not particularly fond of writing them and my agent doesn’t require one, but they are useful for subrights and whatnot, so I’m continuing to plug away at that.)

In the meantime, I had started another book a few months earlier – more of a UF piece than the fantasy I just finished, but I’m not quite ready to head back into book territory. Besides, I’m off to a writer’s retreat in a few weeks and by then I should be out of “post-book letdown” and able to focus on it a bit more. PBL is that weird bit of ecstatic “OMFG, I’m done!” that I tend to get – feels great for a few hours and then there’s this period of time where I just sorta sit there and go… “Now, what?” (And I’m not really “done” – only when a book hits the printer is it truly finished, but one step at a time…)

On the other hand, I didn’t want to just sit and do nothing so I cranked out a short story this past weekend to submit to the Women Destroy Fantasy issue of LightSpeed magazine. Deadline was Monday, so of course I wrote it on Saturday and edited it on Sunday, but, eh.  (Guess I’ll find out in a few weeks if it made the cut – there’s only 4 slots open, though, so I’m a realist.)

I tend to have trouble with short stories because I have a hard time thinking small, plot-wise – but with such a quick turnaround, I didn’t have long to dwell on it. And this was actually a short I’d wanted to write for a long time. One of those things I’d come up with when I was in 7th or 8th grade, but never got around to. (And what I ended up with was a *lot* different than my 12 year-old envisioning went, but that’s just fine.)

It was still fun and refreshing to work on something new without all the baggage of a longer piece. (It’s certainly faster to edit 3000 words over 140k, anyway. >_<)

And yes, it’s sort of about a mermaid.

If it doesn’t make the cut, that’s okay too. The story is out of my system and I’ll tuck it away for later.

This entry was posted in blog and tagged rambly, short story, submission, writing. Bookmark the permalink.