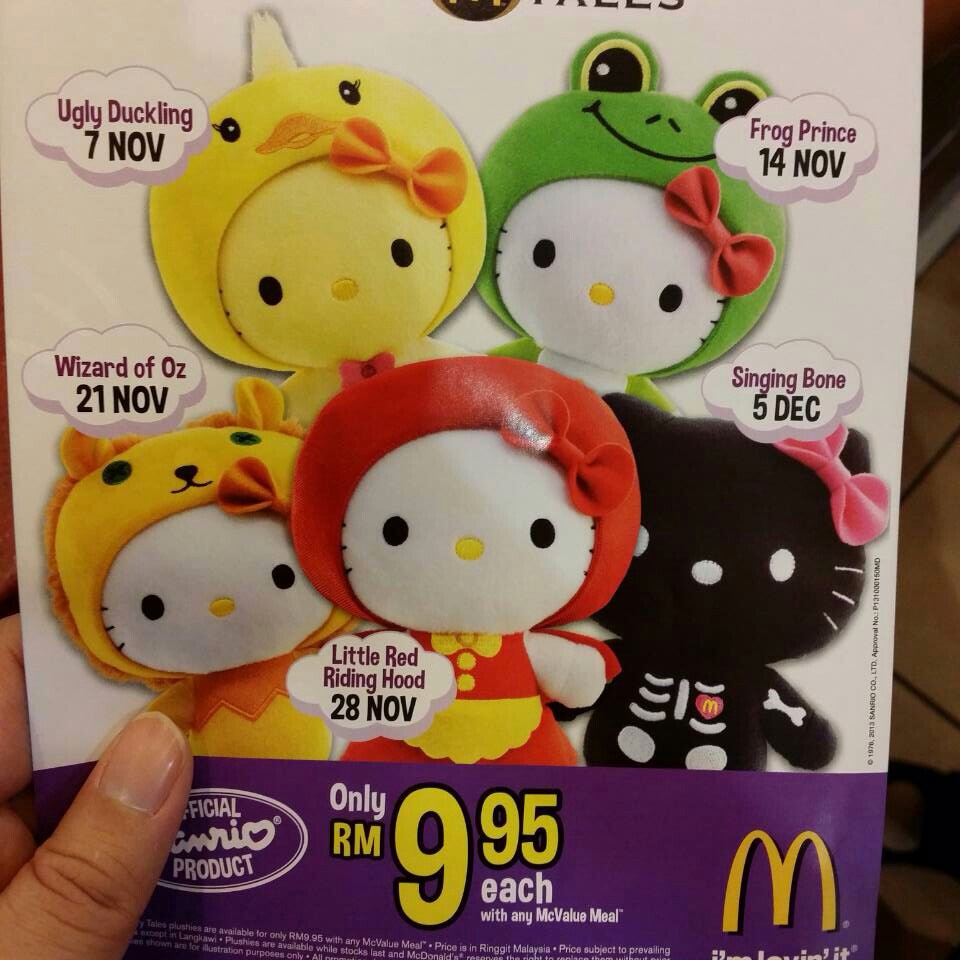 The one thing I love about traveling is just how different the little things are.

Aimo sent me this picture from her local Malaysian McDonalds – where you can apparently buy Hello Kitty toys based on different fairy tales for this next month.

(She got me the Ugly Duckling, yo – because she is awesome.)

But what really cracks me up, is while Red Riding Hood and the Frog Prince are Grimm Fairy Tales and the Ugly Duckling is Hans Christian Andersen, we’ve also got the cowardly lion from The Wizard of Oz.

And then we have the Singing Bone Hello Kitty. Which, you know – I get that most fairy tales come from a grim-dark area – the original Red Riding Hood and Frog Prince weren’t always that pleasant, but at least they had happy endings, more or less.

The Singing Bone? It’s a Grimm tale as well, but it’s about a pair of brothers hunting a wild boar – one murders the other and dumps his body in a river. A while later, a shepherd finds one of the murdered boy’s bones and makes a flute out of it…and it begins to sing its tale, thereby revealing what happened. (It’s a lot like the Bonny Swans tale the first chapter of Fox & Willow is based on).

There’s something sorta creepy and awesome about McDonald’s offering a toy that’s literally based on murder.

But I still want one.