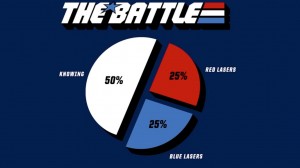 Most of you know by now that I’ve been dealing with chronic pain issues for a pretty long time, compounded by a back that is falling apart by the day.

The sort of good news on the back front is that I’ve gotten the go ahead for the double fusion – which I will be trying to schedule for some time in September – I’ll probably be AWOL for at least several weeks during that time period, but I’ll know more about my schedule when I get closer to it.

So today I went to an arthritis doc – and we talked through the other stuff I’ve been dealing with, and she ordered some more bloodwork and some x-rays, but she suspects I have Fibromyalgia.

Which is something I’ve sorta wondered about for a while, but I never looked too closely at it because a lot of people, including docs, think it’s a load of horseshit. Like it’s the basket they put you in when they don’t have an answer for you and all your other tests are negative. But when I look at the overall list of symptoms and the exacerbating conditions that can go along with it…yeah.

I only have some of the ten most common symptoms:

But the related factors?

No, I don’t have all these symptoms all the time – sometimes they just flare up, like dry eyes for several days or waking up sweaty for no reason. But I do have them – and I’ve been fighting the vulvodynia battle since I was 19 and the IC since I was 25, and even back then fibro was noted to go hand in hand with those guys. Not to mention I can hardly walk nearly every morning because my feet are so stiff, and that’s been steadily getting worse for the last six months.

And of course, fibro is one of those things without a cure, though they can certainly attempt to treat it. Some of the drugs I’ve already been on for other things with little success, and to be honest I’m really not wanting to jump on another medical bandwagon. I’m already on painkillers all day for the back and I tend to have really bad reactions to a lot of drugs when I mix and match.

That being said, I’ll be willing to try some of the things she suggests, but not until after the fusion. Too many other factors as far as meds and pain management go with that for me to be comfortable messing with new chemical cocktails that come with their own sets of side effects.

But at least I have a name, and like GI Joe says: “Knowing is half the battle.” Right?

This entry was posted in blog and tagged chronic illness, fibromyalgia, ic, interstitial cystitis, maybe this time they'll know what is wrong with me, pain. Bookmark the permalink.