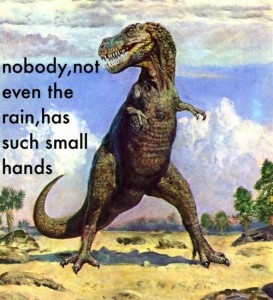 I’ve been stuck on a bit of writer’s block lately. While editing the latest WIP I realized I needed to overhaul some chapters (and I’m actually in the process of adding some new ones to help flesh things out.)

But it’s been slower going than I’ve like. I mean, yes, I’ve added nearly 8k so far, and I suspect there will be another 10k or more by the time I’m done, but since the story was a little short when I finished it, that’s fine with me.

Part of the slowness is being distracted by a lot of stuff going on in real life. I’ve been finding it difficult to retain the focus that I need to get the words down. It’s not that I don’t like the story – I’m always thinking about it and taking mental notes, sometimes writing them down – but when I actually sit down to put it on the page, I’m finding it a struggle.

I suspect part of this is just inward terror that no matter what I do, this book will never be Good Enough. It’s a rather insidious trap that I usually see in beginning writers (myself included, many years ago). The self doubt at your own artistic integrity becomes larger and larger until you find yourself purposely not finishing a project simply because by doing so, you’ll be pushing it out into the world and therefore opening it up to criticism.

When I was at the beach last weekend, I didn’t really have any such issues, though. Maybe it’s because I was fairly disconnected from the internet world. I wasn’t worrying about social networks or book reviews or word counts.

I read a 600 page book in a day and another one a day later. I caught up on a cross stitch piece I started for my son years ago and should have finished by now – I completed all the stitching and I’m just back-stitching the details, but that’s fast and easy and nearly done.

And I sat down and wrote all day on the one rainy day I had. It was relaxing – without all the usual pressure I place on myself to utilize the few hours I have to produce as much as possible and it just flowed out of me.  I also started writing notes for additional stories – they might be novellas or shorts, I’m not sure yet, but it was amazing how my creativity level went up as my stress level went down.

Which is nice, because at least I know I still have that passion – but I need to find a better way to channel it. When I got home over the past weekend and went to write, things started getting hard again. It’s almost like trying to break a mental pain cycle – the more things hurt, the more my muscles tighten up and the more things hurts as a result – only it’s something in my head that’s not right.

Now I just need to figure out is what the trigger is.

This entry was posted in blog and tagged get back to work yo, writing blah. Bookmark the permalink.