Author Q & A: Things You Should Know. And Maybe Shouldn’t Ask. 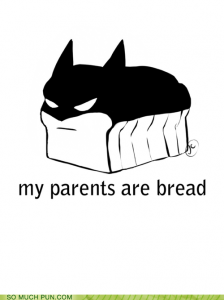 Sometimes being a published author is a bit like being an animal in a zoo, particularly when it comes to family and friends.

And I get that. There’s a certain mystique to being published  – one that’s being eroded on a daily basis, but for people who aren’t in the book industry in some fashion, it seems more mysterious as it is.

But it also leads to questions and assumptions that are sometimes difficult to answer. Moreso because a lot of people don’t really want the whole truth. They want to hear about how there’s some magical formula that leads to instant success. Anyway, here’s a few I’ve run into – and I’m sure many of you have too.

1) How did you get published?

On the surface – this should be easy to answer. I wrote a book and then I:

a) self-pubbed
b) queried/pitched to an agent/editor
c) sacrificed 10 sacred squirrels to the God of words
d) contest winner
e) blind, dumb luck
f) wrote 15 trunk books, was rejected 1000 times and then it was just my time.
g) Any, All or None of the Above

Bottom line is that there are so many different stories out there, but I find when I attempt to give people the full story, there’s a few glazed eyes after a few minutes. No one outside of other writers really gets excited about contest wins or query letters, so I’ve had to learn to streamline that answer a bit.

The same way anyone finds time to do anything. You find a schedule that works for you and you do it. If you want something bad enough, you find the time. End of story.  This question is often followed up about how said questioner is going to write a book of their own one day. In their spare time.

3) Are you going to quit your day job?

4) How many books have you sold?

This is a touchy thing for many writers. We aren’t all best sellers, but even so – book sales are very tricky. In part because traditional publishers are slow as sloths. Sloths weighted down by 400 pound weights. Walking through molasses. That is frozen.

Some are getting better about transparency…but it never seems to be the whole story. (Now obviously self-publishing is different – Amazon reports on those numbers and my understanding is that they’re up to date.) With trad publishers, though? Well, I get royalty statements twice a year…but they’re for the 6 month period before I get them. And even BookScan, which I get access to from Amazon, doesn’t show me everything. (Not every bookseller reports to BookScan, for one and it doesn’t count things like foreign sales or ebook sales.) Plus, stores like B&N sell books on consignment. So they may “buy” X number of copies…but they return the ones they don’t sell, months later. So the numbers are skewed until the returns come in.

Basically, it’s confusing. But another thing? Asking authors how many books they’ve sold is a bit like asking them how much money they make. It’s okay to be curious, but sometimes it comes across as rude.  And from personal experience, sometimes it’s discouraging – particularly when people assume I’m going to be rolling in JK Rowling dough…and I’m not.

5) How come you didn’t write 50 Shades of Grey/Runaway Best Seller/Hot Topic of the Week?

I don’t know. Would I like to write a runaway best-seller and be rolling in awesomeness? Yes. But I haven’t yet. Sometimes books hit for no reason other than timing. Or dumb luck.  (And I don’t really like to get into 50 Shades. It was fanfic, pure and simple – someone else’s IP with names changed in an Alternate fanfic Universe. (Look up Masters of the Universe. It had Bella and Edward at that time. Gets a little creepier when you imagine Edward pulling out that tampon, now doesn’t it? “Get the hot water Bella! I’m going to make tea!”)

I don’t judge people for their success, but I do have massive issues with theft. That probably sounds bitter. I don’t mean for it to.)

Guess those are the top 5 questions I get asked – and it’s not to say I mind answering. I like talking about myself and I like sharing my stories, particularly with other writers – there’s a bit of craft kinship going on. And I’d like to think most of us are all in that boat together. (And as I’ve mentioned in other posts, it’s helpful to be nice to people on the way up…because you’re going to meet them again on the way down.)

This entry was posted in blog and tagged a little bit ranty, things to know, writing advice. Bookmark the permalink.

6 Responses to Author Q & A: Things You Should Know. And Maybe Shouldn’t Ask.