Say what you will about my comments on wanting to write a retelling of The Little Mermaid with pansexual robots – but that particular tagline just nabbed me a spot in IDW’s upcoming Womanthology: Space #5 (5 issues with 3 stories each – I’m so freaking flattered and excited I was chosen.) And by nabbed, I meant the artist who picked me was intrigued by the concept. The artist in question is the super talented Chrissie Zullo, btw.

Does that mean we’re writing it? I don’t know yet. The overall theme is Space, and Issue #5 has a sub-theme of Comet, so somewhere along the way, the story has to have *something* to do with a comet. So we shall see.

But on a more serious note, I have been following along with the Womanthology concept for quite a while – I was a Kickstarter backer the moment I heard about it. (Aimo, my cohort for Fox & Willow, was an artist in the Heroic anthology, as well.)

As hard as it is to break into publishing as a writer, comics are a while ‘nother animal. (And I’ve bitched here often enough about the gratuitous T&A shots that women superheroes are so often treated with – comics are often seen as a man’s genre, and they shouldn’t be.) Womanthology is a chance to give women writers and artists, pubbed and non-pubbed, a chance at showing off their stuff in an industry that isn’t known for being overly kind or open in its treatment of them.

So there you go. More details to come when I know them. 🙂 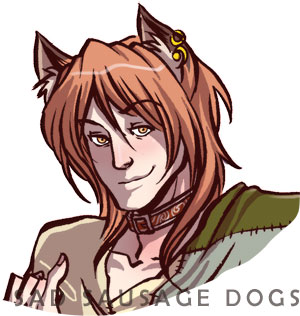 And even though I’ve posted it elsewhere – April 30 is the day when Fox & Willow goes live, so yay!

This entry was posted in blog and tagged awesomesauce, comics, womanthology. Bookmark the permalink.