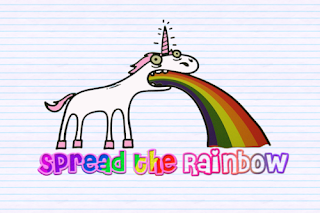 So there’s been a lot of talk going around the interwebs the last few weeks about the interactions between authors and reviewers. We’ve seen several implosions on GoodReads and Amazon (which are nicely summed up over on PW.)

I’ll be honest. I’ve been a tad hesitant to even really talk about any of it – I’m not fond of shitstorms, and getting involved in one that has nothing to do with me personally isn’t my goal.

I’m also not going to get into the argument of what constitutes a “legitimate” review. Everyone’s definition is going to be different on that. You can go to Amazon to find out what to read, or GoodReads or by word of mouth, or by fortune cookie. I don’t care.

And I shouldn’t care. I just ask that they make sense. (And I’ve seen some reviews that clearly weren’t proofread or grammar-checked before being posted. Just as authors are held up to writing standards, if you’re more than just a casual reviewer  – i.e. a book blogger, etc. – it helps me to take the review more seriously if it’s written well.)

That being said, I don’t think authors should get involved in the review process. (And I’ve said this before, so that’s nothing new. And I’ve had reviews that made my toes curl and I’ve ranted in private about them…and then I moved on…eventually. >_< )

Yes, reviews can potentially impact sales, and it *is* disappointing to not feel like you’ve reached a reader in the way you were hoping. But that’s an impossible goal – and looming over a reviewing community defeats the purpose of them.

But I think the openness of the internet has really been a two-way street. On one hand – it’s been a great way to communicate directly with readers, other authors, and people in the industry. It’s stripped away some of the mystique of the old-school view of the closeted author, quietly typing away on her typewriter in a cardboard box somewhere. It puts a human face on us (Sometimes to our detriment, as the line of private vs public gets thinner and thinner. Do I want to know what you’re having for dinner? Sure. Do I need a camera in your bedroom? Not really.)

So it’s easy to just pound out a rebuttal on the keyboard. But that level of engagement has so many connotations. It puts the reviewers on the defensive. It puts other readers on the defensive. (And rightfully so – no one wants to be told their opinion is invalid simply because it’s not what an author wants to hear.) When it escalates into a shitstorm like the ones mentioned in the above link, nobody wins.

What I find most disappointing about all of it is the involvement of agents and other authors. While I understand and appreciate the need to rally around friends, I don’t believe in direct manipulation of the system (such as “liking” good reviews and “disliking” the bad ones. It’s not honest.)

But more importantly, as an aspiring author I was told to always keep things polite and professional – on my blog, on my social networking sites, wherever. Agents and editors mention all the time about how they scope out potential authors and view how they behave to sometimes help them decide if that writer might be a good fit. Makes sense – no one wants to work with a ranting diva. In that regard, I would like to think that those same agents/editors/ should be held to the same standards.

I think most reviewers want to do good by *their* readers…and also by the books. An honest opinion is probably the most sacred way to do that. Not to say that some people don’t have a bone to pick. There are trolls out there. And some people delight in the chaos these shitstorms stir up.

But the problem is that there’s no such thing as the last word on the internet. Locking down a thread doesn’t mean it can’t be reopened somewhere else, and tools such as twitter don’t give dust-ups such as these time to settle down. The bigger the controversy, the more people are attracted to it. (Much like a car accident. Everyone wants to see the head embedded in the grille.) Before long, the original reason for the issue has been mutated into something monstrous and unrecognizable.

The high road is harder for a number of reasons, but the rewards at the end of it are worth much more. Grace under pressure and all that.

Or as my mother used to say “Be nice to the people you meet on the way up – because you’re going to run into them again on the way down.”

This entry was posted in blog, rambly, reviews, shitstorm. Bookmark the permalink.