From the Mouths of Babes 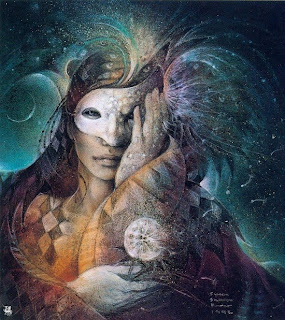 There’s something sort of mind-numbing about the process of death. On one level, there’s grief – however a person chooses to acknowledge it – and sometimes that can take a while. But there’s also the fact that the world as a whole doesn’t stop turning, even if time has halted in yours.

There are the mundane tasks of dealing with “arrangements”, banks to be called, hospital bills to take care of, family to notify, clothes and personal belongings to sort through.

And memories to hold or cast away as one must.

All of it has to get done by someone, so I suspect there’s a coping mechanism of sorts that allows us a few moments of pain and then pushes us forward, back into “normality,” for at least the time it takes us to get things done.

Although I have gone through this before, in some ways this is a new experience for me since it’s the first time my children have lost someone they really knew.

Lucy doesn’t completely get it. At age four, she hasn’t really had anything die on her – not even a pet, at this point, so the best I can explain it is that grandpa fell asleep and won’t be waking up. It’s led to some interesting comments and a loudly whispered query as to whether or not we will be able to see Grandpa’s ghost. Entirely possible, I tell her. She seems pleased by this.

Connor, on the other hand, is a very sensitive soul. He still cries over a cat we had that died a few years ago, so he obviously grasps the concept of what’s going on much better. And he was much closer to his grandfather than Lucy – he’d had more time with him, after all.  So he pushes through the five stages of grief with regular cycles. One moment denial and then acceptance and then back to denial again.

We’ve given him the choice to say goodbye, although I doubt we’ll let him stay for the actual cremation. I was a little worried about that, since he had asked if we knew where Grandpa was going to be buried, but oddly enough Hollywood came to my rescue when I tried to explain what was going to happen. He immediately jumped to the scene in the last Star Wars movie where Luke burns Darth Vader’s body and was perfectly fine with with the idea. Works for me, if that gives him some sort of comfort – even if it’s a little disconcerting to compare Ye Ye to Yoda.  He did talk about Heaven a bit and wanted to know if Grandpa would become a star and expressed interest in meeting the large number of Chinese relatives who are all flying in from around the world and who he has never met.

So life goes on, I suppose.

This entry was posted in blog, sad, ye ye. Bookmark the permalink.