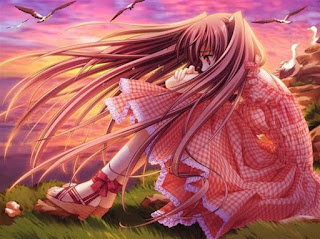 I was definitely something of an introvert growing up. I was shy. I was a nerd. I was socially awkward. I was bullied. Probably very little surprise there. I think a lot of writers are. Probably readers, as well. We read and write stories to escape, among other things.

I’ve come out of the shell quite a bit, but I’m still not always great with people in real life. I can say the wrong thing at the wrong time. I’m still a nerd. But those reasons are probably why I enjoy social networking so much. Blogging, tweeting, facebooking. Sure it can be intrusive at times, but as a medium of communication it has a fair number of advantages…and disadvantages.

Don’t get me wrong. I really enjoy Twitter quite a bit. I love being able to make snap connections with people. I love how information can travel almost instantly. If something is going on in the world, chances are you can hear about it via a tweet well before you see it on the news. It’s a great equalizer in many ways. We’re all sort of anonymous behind our avatars.

Today something happened that has happened before. Someone said something they shouldn’t have and it went viral in a matter of minutes. Before long the whole writer tweetstream was full of comments about a certain author and her rather poor reaction to a blogger’s review. Now, I can’t defend her actions or her reactions. If you’re going to throw your work out there for others to read or review, you have to take the chance that not everyone is going to like it. Getting defensive about it, although very natural, isn’t the thing to do. Or really, it’s fine to get defensive, but hold off before sending back a nasty reply. Vent to some friends. Whatever.

The review in question wasn’t a bad review by any stretch. The reviewer listed some good things and some bad things and was quite honest and open about it – which is how reviews should be. Doesn’t mean the author has to agree with it, obviously. And in this case, she didn’t. Eventually the author devolved into obscenities. Very sad, all the way around. An unprofessional manner doesn’t win you too many friends and it’s unlikely to translate into book sales. So, yes, she dug her hole quite nicely and she’ll reap the rewards, whatever they are.

But here’s the thing. She obviously made a mistake – but people do that all the time. And maybe if she’d been in a better headspace it wouldn’t have turned out the way it did.  Or maybe it would have, I don’t know. But if it hadn’t been for Twitter, I probably wouldn’t have heard about it at all…and would that be such a bad thing?

For at least a few hours, the link to that post was bandied about as an example of What Writers Should Not Do. Bloggers picked it up and talked about it. An entire thread on Amazon was dedicated to it. And honestly, I’m not sure the punishment fit the sin. There’s a sort of smugness that floats about these things, I guess, that I object to – almost like a virtual clucking of tongues. People seemed so quick to jump on the bandwagon and hold her up as someone who needs to be made an example of – other authors, bloggers, agents, editors, readers. “Look at what this dumbfuck did/said/wrote! OMG. Worst. Thing. Ever.”

It actually makes me sad, because there’s a bit of a mob mentality that occurs sometimes with these sorts of things, and I think it gets out of hand. It doesn’t take much for me to be transported to that gradeschool playground where I’m surrounded by my peers and brutally made fun of because I have bulgy eyes, or skinny legs, or I wore the wrong color ribbon to school. That, too, only started with a few people. By the end of recess I had about 15 kids piled on top of me and I couldn’t get out from underneath of them. I imagine that may be a bit like what this author feels like at the moment.

The difference? It happened a long time ago and no one remembers it but me.

Unfortunately with the internet there really is no escape. Once you put something out there, it’s out there forever. I mean, yes, she behaved badly, but so what? How does that impact me as a writer? As a person? I felt pity for her, certainly, but I’ve also seen worse out there than a n00b self-pubbed author shooting herself in the foot. Otherwise, I could give two shits. Why did so many people seem to take it as a personal affront that she flipped out?

And as far as writers behaving badly, people are jerks on the internet all the time – and not everyone gets called on it, so there’s a bit of a double standard. I read a review of BoD last week that said suicide would have been a better alternative than finishing it, among other things. And sure, I wanted to say something – but I didn’t.** It’s not a battle I can win. And I shouldn’t want to “win” it. My honor wasn’t besmirched, and people should be free to voice their opinions.

But that door really should swing both ways. 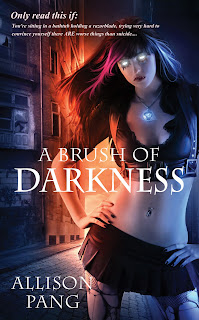 And so I have.

This entry was posted in blog and tagged ranty mcrantypants. Bookmark the permalink.

One Response to Virtual Playground