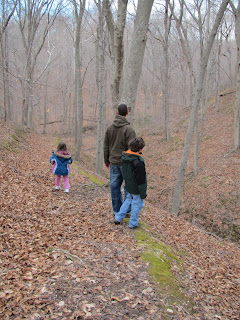 I’ve forgotten what it’s like to just sort of decompress sometimes. On an unexpected moment today, mr myn got up from sleeping a little early (yay, all night shifts) and suggested we do a little hiking. Due to time constraints we couldn’t do a massive amount, but I think we’ve found a nice new spot to do some family walking. I suspect in the spring it will be lovely.

(Although I have to admit, sometimes it’s really nice doing the winter/fall walks like this because it’s so…quiet. Not very many people. Not too many animals. I rather like the insulated solitude of it all, even if it’s really a bit of a self-imposed illusion.)

I will also point out that the Sketchers work out shoes that I have? Not that great for the woods. Alas. 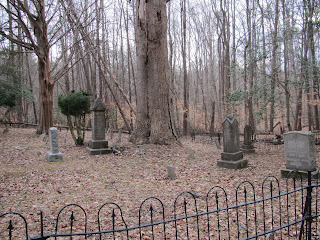 These woods were nice because it’s definitely an older forest. There’s very little underbrush, so there were excellent visuals overall.

And we came across a little cemetery –>

Love these random sorts of sacred places. I didn’t see a sign or anything, but dates on the headstones were late 1800’s/early 1900’s, so it’s been around for a while. 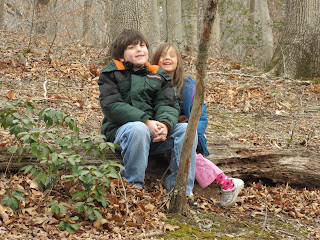 <– Hanging out on a log for a little break. 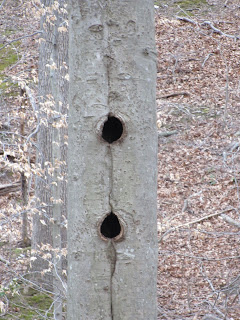 I did catch a glimpse of a pileated woodpecker too, but he flew away before I could get a shot of him on the camera. We were right near his territory, obviously. Lots of trees with some very large holes in them.

This entry was posted in blog, hiking, rambly. Bookmark the permalink.