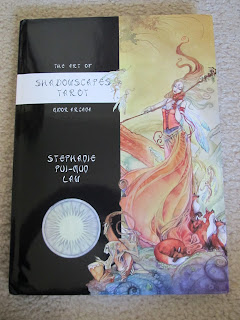 I’ve never made it a secret about just how much I adore Stephanie Pui-Mun Law‘s work, particularly her new Shadowscapes Tarot. I’ve got two sets of the decks (the regular and the special edition set which includes the Happy Squirrel card as well as a custom drawn sketch), her book on the Major Arcana, and now I’ve just received her book on the Minor Arcana as well.

For both books I went ahead and splurged on the special edition, which basically just includes her signature and a custom sketch (of her choice on the inside.)  If I had the money I’d look at getting some of her originals, but with the medical stuff starting to pile on for those prolo-shots, I can’t really justify that right now. 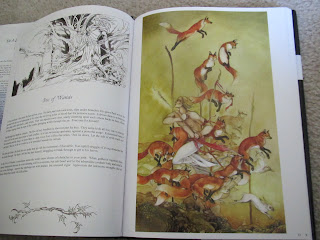 However, I do want to say that these books are just beautiful. They’re full of extra sketches and her notes on how she went about deciding which image worked best for which card. Although reading Tarot cards is a very personal thing as far as interpretation goes, getting a chance to see the artist’s mechanisms behind their thought process doesn’t hurt a bit.

Even if you don’t read the cards, the pictures themselves are gorgeous and it’s worth a look just for that. 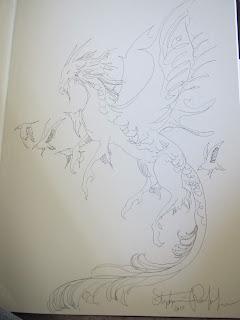 <– A little hard to see here, but my custom sketch is pretty large – click on it for the details, but it’s a lovely dragon flanked by birds. 🙂

This entry was posted in blog, shadowscapes, tarot. Bookmark the permalink.