The Wind on the Heath 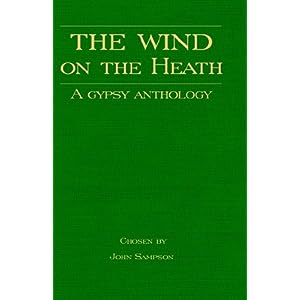 I stumbled across this particular gem of a book when I was doing research a while back for a story that’s most likely going to stay in the trunk.

However, I found it to be pretty useful – not because it’s a book of actual Romany life so much as a historical perspective of how others, particularly in the literary world, saw the Gypsy people.

Originally published in 1930,  the author amassed quite the collection of stories, poetry, songs and general observations from about the 1500’s and up, including some from the Gypsies themselves.

Now, obviously I have my doubts as to the complete accuracy of everything being said, but it’s still fascinating to look through – the viewpoints range from admiration to envy to flat out discrimination. (And sadly, such discrimination against the Roma continues, even to this day.)

On top of that, there are some great writing prompts to be found – take this little bit by Charles Godfrey Leland on how to tell a witch:

A witch may be known by her hair, which is straight for three or four inches and then begins to curl – like a waterfall which comes down smoothly and then rebounds roundly on the neck.

(Witches and Gypsies were often thrown together as being one and the same depending on the period, even if it wasn’t always accurate.) But still, just those few details could really flesh out the world building of a historical or fantasy story.

Of course, I’m a bit partial to that particular piece, simply because *I* have sort of  have hair like that.

This entry was posted in blog and tagged gypsy, resource, writing. Bookmark the permalink.