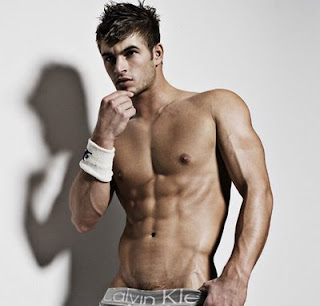 I stumbled across this little bit of WTFkery yesterday. Even aside from the fact that it’s about one of the most egotistical things I’ve ever seen, the fact still remains that unless you’re directly bio-engineering the chromosomes, you can’t guarantee beauty.

A few notes about the dating site – it’s known as beautifulpeople.com. No, I’m not putting a link to it, because I think it’s ridiculous. You can sign up for an account, but other members vote on your picture and stats – if you’re not deemed pretty enough, your membership gets turned down.

And yes – they will kick you out if you get fat.

It’s just sort of mind-numbing that people think this way. I mean, okay – I suppose it’s not surprising in some ways – after all there are always cliques everywhere you go – at school, in the office, whatever. But honestly, doesn’t it just beg the question that if these people are so damn superior, why the hell do they need a separate dating site?

So now, some brainchild has come up with the idea that these pretty people owe it to the rest of us drooling knuckle-draggers a chance to vitually “mate” with them, by donating sperm or eggs from their members.

Okay, aside from the fact that it seems a bit unethical, the fact of the matter is that pretty parents don’t always produce pretty babies. (And I’m not counting Angeline Jolie and Brad Pitt here – yeah, they made gorgeous babies. But so what? Take a look around Hollywood – for every beautiful starlet, there’s always a so-so sibling lurking in the closet without the benefit of a team of dietitians, plastic surgeons, trainers and hair/makeup artists.)

I mean, what are these people going to do if their designer sperm doesn’t produce the desired results? And sure – there’s the usual platitudes that beauty is on the inside – but even aside from that, what standard are people measuring against?

This entry was posted in wtf. Bookmark the permalink.

7 Responses to The Beautiful People