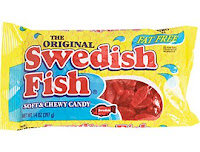 Valentine’s Day is one of those holidays I’ve never quite understood. I mean, I get that it’s supposed to be about showing appreciation for the one you love, but I sort of fail to see how  what essentially amounts to a random date can have so much impact on people’s relationships – that strange sort of demand for material things to prove one’s affections- jewelry, flower, chocolates. But really, the concept of love ought to be a bit more important than a heart shaped-box of buttercreams given under duress.

Yesterday was not a good day in the Pang household. I was grumpy. Mr Myn was grumpy. Mostly because we’d both had terribly long weeks –  me snowed in with the kids, and him riding around with the National Guard for days at time. Both of us were just completely exhausted. I think we were hoping for a break, but unfortunately there just wasn’t much chance for that between the kids and house cleaning and all the rest of it. So that made for a rather snappish sort of Saturday. Eventually he did take the kids out for some bowling late in the afternoon, which gave me a few hours of quiet to get some writing done. By the time he got back, everyone was in a happier mood, and that led to a nice homemade dinner and an evening of watching the Olympics. 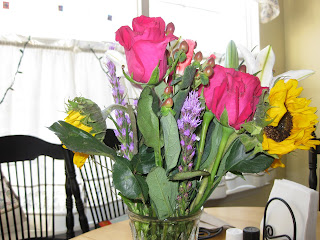 Of course, a few hours after the kids went to bed, mr myn decided he needed to go to the store. You know, to get chocolate milk and a “few other things.” I looked at him and said “You didn’t get a card, did you?” And he shook his head and laughed and disappeared into the snow. And really, what did it matter? After all, I’d barely managed to sneak out to the store on Thursday to get my own card, so it’s not like I could point fingers. And truthfully, we don’t usually bother to do too much on the standard holidays anymore – we’re too busy, too tired, and too jaded, I think.

Which is kind of sad in some ways, when I think on it. On the other hand, he came back a little while later, card and flowers in hand. Although, you’ll notice he chose to skip the bouquet of roses. Not because there weren’t any at the store, but because he thought I’d appreciate the mixed flowers more. And he’s right. He also skipped the generic chocolates…but did surprise me with a very large bag of Swedish Fish. (Which I’m still happily stuffing my face with.)

So there you go, I suppose. True Love isn’t about whether or not every kiss begins with Kay or whatever. It’s about seeing and accepting the good and the bad and the very, very grumpy side of someone. And not fleeing into the night screaming, afterwards.

It’s also about Swedish Fish. (The red ones, of course.)

This entry was posted in tru luv. Bookmark the permalink.