Can I Write Your Stories for You? 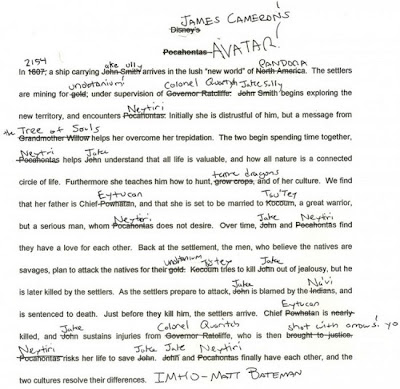 Not that I think my husband is planning my demise or anything, but at dinner last night we were discussing what happened when an author passed away and left a series unfinished. And of course, I suppose in some cases, nothing happens at all and the story dies with the mind that thought it up. If it’s a particularly popular story and the publisher can find a trusted writer to continue it, then they do so – a la Robert Jordan. Jordan died before finishing his 20 plus year writing saga Wheel of Time, but his wife and Brandon Sanderson are working off his notes to finish it. (The first of the last 3 books has been published thus far).

Now, I stopped reading Jordan’s works years ago. I like a good, thick series, I really do, but after a while I just got tired of it. Each book seemed to open more questions than they answered, and after a while, certain patterns just emerge. Regardless of what’s going on in the plot, I can almost guarantee you that the women are going to “plant their fists on their hips”, Nynaeve is going pull on her braid, someone is going to look at someone else with cornflower blue eyes. (And okay, it’s been well over 10 years – I can barely tell you the meat of the plot at this point, but I can remember the things that irritated me. How’s *that* for immortality?)

I haven’t read the new book by Brandon, but I’d be really interested in finding out if he manages to keep that same sort of tone through the story or if he scrapped Jordon’s writing idiosyncrasies in favor of his own. When it comes right down to it, is it the actual “story” that’s important, or the storyteller’s way of telling it? Or, in this case, is it just a question of this being the only possible way to satisfy the readers?

Mr myn had his own suggestions about what he’d do, if he were forced to pick up my story. (And admittedly, he hasn’t read the whole thing – at least, not that I’m aware of. Though I had one friend once who would routinely find random paragraphs inserted into her ms by her helpful husband – usually involving the hero being bent over and ravaged sexually by an orc. Which of course, she wouldn’t find until 3 months later when she was editing. Ah, love.)

In any case, should my untimely demise occur, you will all be happy to know that mr myn will be picking up the slack, as Abby becomes the gun-toting rebel leader of “TouchStone Tactical” – cleaning up the CrossRoads of dirty Daemons.

And yes, there will be a render of this shortly. Lucky you.

2 Responses to Can I Write Your Stories for You?