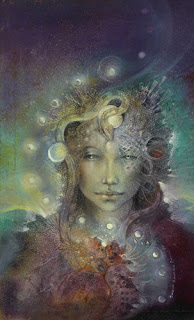 I got a rather frantic email yesterday from a friend who was a bit panicked over the the possibility that one the names of her characters was very similar to the name of a different character in someone else’s work. She asked me what she should do about it, and what I did to ensure my writing was original. Did I Google names? Plots? Characters?

I decided to think about it for a bit and reply to her here. The truth of the matter is that it really *has* all been done before. Even not counting that Hollywood seems determined to do nothing but remake movies based off of previously existing movies, the same could probably be said of many of the books and stories out there. Part of this can be explained via the market. If you’re out to make money, than it makes sense that you would produce what people will buy. Vampire stories, for example, still have a great deal of popularity (and there are rumors that vampires are done, but it’s hard to pin that down – some people say all publishers want are vampire stories, some say they want anything but). But in either case, a story type becomes popular and the next thing you see are tons of them – hence the sort of glut in the Urban Fantasy Romance genre – the sword-wielding slayers, broody blood-suckers of the night, cursed werewolves and now, zombies. Eventually we’ll probably hit a saturation point, and signs do seem to point at that – publishers are definitely being a bit more choosy as to what they’re buying these days – they want “original” vampire stories, whatever those are.

But here’s the thing – part of what makes many of these stories sell so well is the archetypical mythology that makes them up. Call it a subconscious craving for the familiar, if you will. After all, how many times have you read a book or seen a movie that isn’t anything more than another retelling of Cinderella?

When I was in high school, I took an utterly brilliant American Short Stories class, and for an entire semester we broke down many of the literary classics into archetypes – both by character type, story type, colors, etc. So after a while, you see that even though a story may have all these crazy details heaped on it, in the end, it’s really just about Man’s Inhumanity to Man. Or the Terrible Mother. Or that the green color of the swamp the hero is knocking around is all about fertility (or stagnation). Or whatever subconscious pattern that it takes. (Tarot cards are excellent for this sort of training as well).

Writtenwyrdd has a good blog post on this, so I’m not going to reiterate it here.

Once you’ve figured this out, it’s not too hard to break down most stories down into their basic elements, whether you’re reading them or writing them. So now that we know the core of most stories is  essentially the same (ha), then we get swept up into the details that aren’t. Except they really are. Does the hero have a best friend or wingman? Is he stalwart? Loyal? Hmmm… archetype (i.e. Frodo and Samwise).

Point is, unless you’ve written something *exactly* like someone else’s, you’re probably okay. Although, again, you have to be careful if you’re trying to get pubbed – editors don’t always like to buy stories that are too similar to what’s out there.

So what *can* be changed? Names and settings, of course. Should you fret if the name of your hero is similar to someone else’s? If they’re in different worlds, different people and in a different story…then no, probably not. However, calling your hero Frowdo Saggins probably isn’t going to cut it, unless you’re writing a spoof. Same with sticking extra H’s into everyone’s names, a la J.R. Ward.

Obviously, you may not have been familiar with the Black Dagger Brotherhood series when you came up with your awesome idea of naming your vamp something like Rhage. And that’s where Google does become your friend. If it’s a common name – i.e. David, Lily, Julia, you’re fine. If you’re making it up, you might want to Google it first, just to make sure there aren’t already 15 stories out there with an incubus named Brystion. (*cough*)

I know for myself, that when I worldbuild, I do have to be careful. I often pull from the more common mythologies, but sometimes I tend to come up with names that really are just too much like pubbed works (even books I’ve read!). Not on purpose, of course, but just that my subconscious really liked that that name and stored it away. And after I’ve written it, I sit and look at it and go…hmmm, that looks a tad *too* familiar, doesn’t it? And I look it up and sure enough, someone else has already pubbed a book with the land of Ebon-Something or other.  And then it’s back to the drawing board to see what else my subconscious can come up with.

But that’s part of the fun, isn’t it?

This entry was posted in archetypes, craft, writing. Bookmark the permalink.