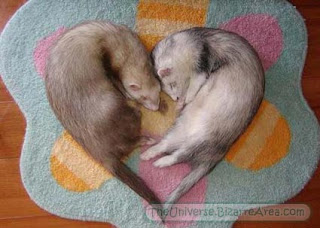 I was chatting with a friend the other night, and she asked if mr myn was fully supportive of my writing. Turns out she wasn’t feeling like she was getting the support she needed at home.And I thought about it for a while and then I asked him. At which point he shrugged and said “sure.”

On the surface such a response may not mean much, but I have to qualify it.

1) Writing is intensely personal. And it can be hard to do. Some days the words just flow, but other days it can literally be like pulling teeth when a scene just isn’t working, or characters aren’t cooperating. He’s always given me the time to write when I needed it – and rarely says anything against it.

2) He’s never said anything disparaging about me “wasting my time.” I have to say, I have talked to a number of unfortunate writers whose spouses seem to think giving them a time constraint is the thing to do – i.e. “you have two years to get pubbed and then you’ll need to stop.” Now, I would imagine that part of this argument has to do with incomes. At least, I hope they would. And maybe there’s a truth to that – if money is tight, and you can’t reasonably take 4 years off to write that novel, than maybe it *is* fair to give an ultimatum like that. Although personally, I think the pressure of that would be a pretty wretched thing to have to write under. Not even counting the fact that it would be hard to get the words out, anyone who’s tried to get pubbed knows that it really can take years, for a number of reasons. I don’t know. Putting a statute of limitations on happiness seems like a shitty thing to do.

3) The money, or lack thereof. Which currently isn’t that much of an issue for me at the moment. We both work full time, because we have to – we’re in debt and there’s not much else to say about it. So the idea of me ever quitting my job to write full time is laughable. I earn just under six figures right now as it is. In order for us to be able to pay our mortgage, I’d have to be pulling in Stephanie Meyer type money from my writing, and I’m not under any illusions as to the chances of *that* happening. The most I can hope for is maybe making enough that I could try going part time, but that’s probably about it. I know mr myn has a few delusions of grandeur as to what my rate of success is going to be, but I’ve always been up front with him about it. Starting writers *maybe* get a $5000 advance – after taxes and agent cuts (assuming I have one)  I’d be getting the equivalent of about one extra paycheck for the month. So clearly, I’m not doing this for the money – but again, I know other writers whose spouses think they should quit writing, simply because they aren’t making enough at it. Fine line, that, and I have no answer for it.

4) I am a Good Wife. This means I put up with a lot of stuff. He works – a lot. Most weekends, a lot of evenings, most days off – most holidays. But this is part of what being married to a cop means, and I knew that going in.  I decided long ago that I didn’t want to be one of those wives who never allowed their husbands to do anything. So, I say very little when he goes off-roading on his days off..or when he joined his band…or started up whatever his latest hobby of the month is. Which sounds kind of snarky, but it’s not – he tends to flit from one thing to another – and I so rarely say no to any of it. (I *did* put my foot down on the time he wanted to take his friend’s glider up – the one that’s powered by basically a lawn mower engine, but that’s just me).

Now, if you’re lucky enough to be one of my IM buds, you know I *do* bitch about some of this stuff, quite a bit. And some of you probably think I should lay down the law.  And maybe I should – there is a time when people need to grow up and put away their toys and all that (especially given we have kids and all the rest of it).

However, Good Wife duties aside, I don’t really cook. Or clean. (I mean, I try, but honestly, who the hell has time, and given that as soon as I make a clean spot on the carpet it’s pretty much just an open invitation for one of the kids to dump chocolate milk all over it I tend to be kind of apathetic about it…)

But then I think about the writing, and realize the door swings both ways. I mean, I complain about my house being a mess, but does that stop me from playing WoW for 5 hours straight instead of cleaning? Not really.

Does he say anything about it? Complain about my lack of cooking skills? Bitch about my bathrooms not being spotless?

And that says more to me than you might think.

This entry was posted in rambling, writing. Bookmark the permalink.

3 Responses to The Good Wife