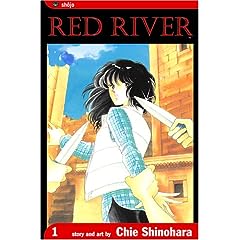 You know, it’s funny – I love manga and anime. I read a lot of it and before the kids were around I used to watch it all the time. And as anyone who watches anime knows, you tend to have to suspend disbelief quite a bit to get into the enjoyment of the thing.

I tend to put most anime/manga into three categories.

1) Eyecandy. Story doesn’t make sense, but it’s full of teh pretty so I’m going to watch it anyway.

2) Good story – which is just that. Maybe lower budget in the animation department or art, but I’m more than willing to overlook it if the story is good (or at least decent).

So why do I have this unexplained tender spot for Shoujo? (Which is basically manga for girls). This means it tends to have romance and sorta girly plots. Not that there’s not action, because there can be, but it’s like comparing Fushigi Yuugi to Death Note. You just can’t do it. (And yeah, I like the bishonen too.) *cough* 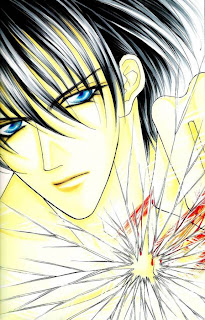 I wonder at myself, though. I mean, Kaiken Phrase has one of the lamest plots out there, but I couldn’t put the damn thing down. Sakuya is the shit, I suppose.  😉  And *very* full of teh pretty.

Just like Fushigi Yuugi, Ayashi no Ceres, From Far Away, Immortal Rain, MeruPuri – and a million others I could list here. Although I will say that I try to stick with stories that do have at least *some* sort of grown up plot line – I’ve never been able to get into Mermaid Melody Pitchi Pitchi Pitch, for example. But even so, a lot of the books are a bit silly. And yet I continue to read them. LOL.

Red River is one of the few solid exceptions – action, romance, and I believe some rather historical accuracy. It’s one of those “magic girl” shoujo stories – where the girl is ported away to another time/place/realm – in this case it dumps a 14 year old girl into Anatolia and follows her life over the next several years until she actually manages to become Queen of the Hittites.There’s a fairly complicated plot structure in place, and characters get killed off left and right, which is refreshing – and it follows a fair amount of ancient history, touching on Egyptian, Babylonian and several others.

I will say I dislike the romance stories where it’s a super young girl and this way dom guy. Kind of gives me a creepy vibe. And I apply that to the yaoi stuff too – which unfortunately has a lot of blushing, apple cheeked boys getting cornholed by these 40 year old fuckbrutes.  Not my thing – I prefer the love to be held on equal terms. Check out Yellow for a manga that explores manlove with a bit more equality.

Alas, I don’t have the time or budget to read as many as I used to these days. Plus I’m having trouble finding good meaty ones – Red River is just finishing up at 28 volumes. FY was at least 18 not counting the spin off. AnC was 14. Immortal Rain is still ongoing – there are 8 volumes so far, but it takes almost 2 years now for each new one to be released into the US, which drives me crazy. (And yeah, sometimes I go find the raws, but haven’t seen any lately). And then Shojo Beat went belly up earlier this year, so I can’t even get my monthly supply of fluff.  *wah*

Anyone have any suggestions?

This entry was posted in random, shoujo. Bookmark the permalink.

2 Responses to Suspending Disbelief for Shoujo