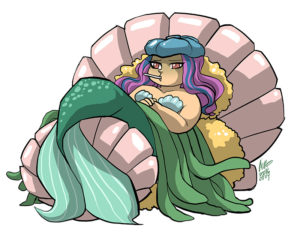 Ironic that my last blog post was about seeing clearly (or not, as the case may be) as I’m several days post-op now and my vision remains an absolute mess. Not sure if it’s the anesthesia or the anti-nausea patch the docs used to try to keep me from puking when I woke up (side note: it didn’t help. At all.) but at the moment my eyesight is oddly blurry, with or without glasses.

It definitely makes it difficult to do anything I might normally do after surgery – e.g. read – as I can’t actually focus on words particularly well. Hopefully it will wear off soon and I’ll be back to whatever is normal for me.

Surgery-wise, it was the simple removal of an ovary with an endometriosis cyst that was torsioned up, I guess and a general endometrial scrape, though that turned out to be not as bad as we thought. That being said, I’ve only got this one lone ovary left – hopefully it will last a while before it finally gives up or also has to be removed.

Otherwise, there’s some more random health garbage on my end that I don’t particularly feel like talking about and some additional…awfulness. I’m not going to mention the details about it as it isn’t my news to share – the only reason I bring it up is that it is very difficult to wrap my head around. If I seem a bit more “off” or distant than usual, that is probably why, so don’t take it personally if I’m not as responsive as usual on social media or whatever.

I’ve been distracting myself with a couple of online classes on introspection and mediation and meta-woowoo about reclaiming one’s voice and whatnot. (Plus some added-bonus fun in the vein of utilizing that which serves me best and tossing out the rest – from an emotional standpoint. Controlling what I can control and letting go what I can’t, etc.) They’ve been fairly helpful, so if you’re interested – I can highly recommend Sharon Blackie’s Voices of the Wells workshop and The DragonTree’s Sacred Expansion.

Aside from all that, the last few months have been a whirlwind of chaos. The good news is that I turned A Symphony of Starlight into my editor a few weeks ago – I’m waiting on feedback and once I have that I’ll start looking at an actual publication date and Amazon pre-orders and all that nonsense. (Assuming I don’t have to rewrite the entire thing – knowing me, it’s entirely possible.) I should have some cover art some time next month as well, I believe, so that’s exciting. ALSO I WILL NEED BETA READERS WHO REALLY KNOW THE ABBY SINCLAIR SERIES. Please hit me up in the comments if you are interested. Can’t promise everyone will be chosen, but I’d like to throw out the opportunity here.

I finally had to put Old Man Jake 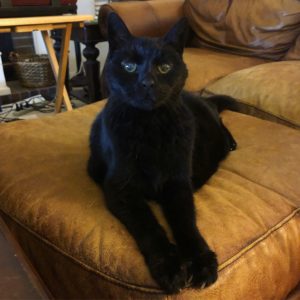 down – at 21 he had lived the best life, but I knew that week he was not looking particularly well and when he started staggering around with that odd little meow, I knew there wasn’t anything else I could do for him except let him go. So I did and he passed in my arms and that’s really it. I don’t regret doing it, but I regret having to do it, if that makes any sense.

We ripped up the basement after he was gone and we’re in the process of redoing it – paint, new carpet and the like since the unfortunate side-effect of owning geriatric cats is that they aren’t always particularly good about litter boxes and I think Jake had basically given up trying. We’re mostly done now – carpet will be in tomorrow and then we can reclaim the rest of the space into something usable.  (I have a lot of *things* to hang up, mostly involving Cowboy Bebop.) 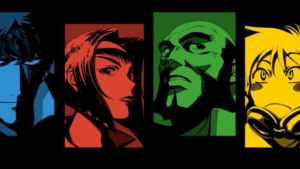 Yes, I am aware of the live action version being made. No, I’m not sure what to make of it. I’d *like* for it to be good, but the problem with taking such an iconic bit of media is that the heart of such things rarely survives the transition from one to the other. At least, not without transforming into something else. (Usually for the worse, but maybe we’ll be lucky?) Plus, I am not sure why we need a live action. The anime is pretty much perfection just the way it is, but eh. No one asks me anyway. (I’ll post pics of the basement when it’s all done though, so stay tuned!)

Three other things I’ve managed to accomplish in all this craziness: 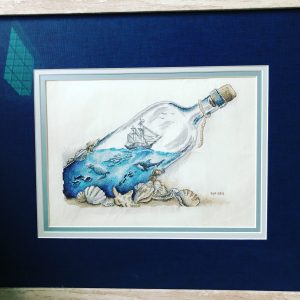 Finished this monster of a cross-stitch and got it all framed up and ready to go. I don’t normally get my stuff professionally framed but I thought this one was worth it. 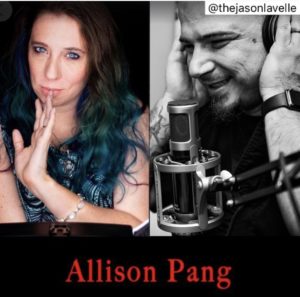 I was on a podcast – in fact more than just a simple Q&A type thing, the host, Jason LaVelle went and read a bit of Magpie’s Song – so if you’ve been on the fence about giving the story a chance, you can check it out there and see if it floats your boat. (Also check out the rest of his other podcasts – he’s had some really great authors on and it’s good stuff.) 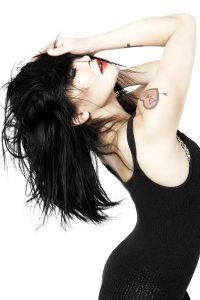 I flexed my web-building fingers and rattled off a quick and simple site for my friend Sheryl Murakami (a fabulous choreographer and dancer, btw – so definitely check her out if you’re so inclined when you’re in LA or NYC…or in Japan, this week, it would seem. 🙂

And by fabulous, I mean, she’s won a VMA for choreography for Beyonce, so I’m rather touched that she asked me to do it and happy I was able to make it the way she wanted.

…and I think that’s about it for now. Which is probably more than enough, to be honest, so we’ll leave it at that.