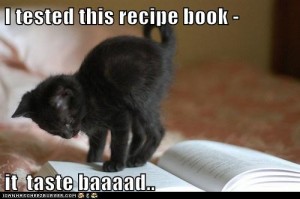 I turned in a book proposal today. (To my agent, anyway – if all is well, it will go off to the editor at some point this week and then we’ll see what’s what.)

I’m not getting into the specifics of the proposal yet because it’s one of those things. If I talk about it, maybe it gets jinxed. (And I’m not fond of backtracking and having to say, “Sorry, guys.”) Or hell, maybe it doesn’t get jinxed, but things just don’t work out the way I hoped. Or maybe it’s all perfect and I’ll get to make a different sort of announcement in a few months.  Here’s hoping, anyway.

But it’s amazing what a relief it is to turn it in. I can start looking at some other projects while knowing I have something in the pipeline – as I’ve said before, an author is usually only as good as their next book. And I’m a slow writer with a lot of stuff on my plate. (And the publishing world is slow – I have no idea how long it will be before I get an answer, but the last thing I wanted to do was head into October with it hanging over my head – 3 cons (1 online, 2 physical), book release, book release tour blog posts and the like – it’s more than enough to deal with without trying to come up with an outline on top of it.)

And proposals are weird for me anyway – I’d much rather just pop in and start writing the story than plan anything. (Which I did do as well – a few sample chapters are always nice to get the flavor of where I’m going.) It’s the panster thing, I guess. With some exceptions, I just don’t work that way.

(In the case of Fox & Willow – I have most of it planned out, simply because it’s a different medium, and if I screw it up, Aimo’s the one paying the price if she has to redraw something. I won’t do that to her. Not that she doesn’t add comic relief pages on the fly or I don’t tweak dialogue at the last minute or anything, but at least we both know where it’s going.)

And speaking of which, page 43 of F&W is up today!

This entry was posted in blog and tagged book proposals, crossing things off my list, fox and willow. Bookmark the permalink.

One Response to Propositions