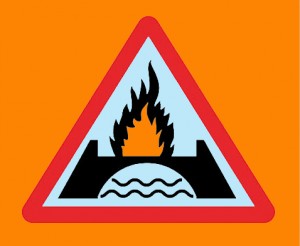 Just a thought or two about the small world of publishing.

And in some ways, it really is small. Many of us tend to run in the same sorts of circles – whether it’s social media or mailing lists or writing groups or whatever. We follow the same sorts of people – the movers and shakers, the editors, the publishers, the agents, the gurus, the bloggers.

Most of us are trying to pick up new bits of information. Find out where the trends are and where they’re going. Or whatever the newest controversy is. Or to network in the hopes that maybe it really *is* who you know.

But one of the things I find fascinating is how many hats some of us wear. Some agents are also authors, for example. Some authors provide editing services. Or networking services. Or run workshops.

Some people move and change circles throughout their career. Today’s unpublished author may be tomorrow’s best seller. Or the owner of a publishing start up. Or an agent.

My point here is that it always pays to be nice to people. Or at least professional. I realize we can’t all get along with everyone, but that doesn’t mean you need to be nasty about it.  You don’t have to agree with everyone about everything and you don’t need to blow rainbow sparkles up someone’s ass, but the internet is forever, so just be aware of that before you go on a bat-shit crazy rant.

I was talking with one author who has a very fine e-book career going. She’s still looking to get trad published, and debating on the wisdom of agents. However, at a recent con, she was talking to another author – one who is traditionally pubbed, although maybe not particularly well known – who immediately snubbed her once she found out my friend was agentless.

And I don’t understand that attitude, particularly given today’s ever-changing publication scenario. Frankly, having an agent doesn’t guarantee success. It doesn’t mean your writing is better than another’s. Maybe you don’t even WANT an agent and you’re selling 100k worth of books on your own. Maybe your writing just doesn’t fit a comfortable niche.

The thing is, you can’t judge people on stuff like this because you don’t know. You don’t know where they’ve been or where they’re going to. Publication can be a very long journey and can require a great deal of adaptation. Everyone is going to have a different way of getting there.

You know what I remember back when I was unpubbed and wandering around at my first con? The authors and industry people who were willing to answer my questions. Happy to give me advice. Didn’t have a chip on their shoulder about their success or what they were trying to do. Years now, I still remember. I’m friendly with many of them.

But I also remember the divas. The ones who looked at my badge and then dismissed me immediately because I was “nobody.” (There was even one who wouldn’t give me the time of day when I was trying to make sure she’d received an award she’d won the night before. Seriously? 30 seconds was all I needed. I got a handwave and a brush off.)

Am I going to badmouth these people by name? Nope. Will I ever buy their books? Nope.

I mean – I’m still nobody. I don’t have a movie deal. I’m not a best seller. I enjoy what I do, but I’m still me. But in the last several years, I’ve watched some of my writer friends – all from that same con, all unpubbed like me…and I’ve seen some amazing things. One runs her own publishing company. Several are now editors. Some have become best sellers. Some are still trying.

None of us really knows how the future is going to pan out. Sometimes it’s just about being in the right time and place.

Being snarky and witty and dismissive can be amusing at times…but that two cents you contributed could end up costing you a career later on.

This entry was posted in blog and tagged advice, being nice, writerly stuff. Bookmark the permalink.