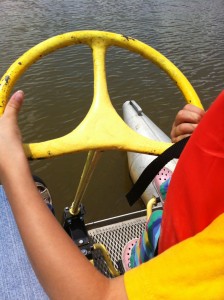 I did the family thing yesterday instead of writing.

Which always makes me feel incredibly guilty. I’ve been struggling a bit with the writing-as-second-career vs life balance thing for a while now.

It seems as though I have less and less time to write, but I think maybe I’m just procrastinating more.  I was feeling a bit burned out after I finished the Trace of Moonlight draft a few months ago, so I fully admit to taking a month off from writing afterward (though I was doing all those blog tour posts. I just didn’t have any more words in me for a while.)

And then I started working on this new book.  And it’s taken me a while mentally to get into it. Part of that was Abby’s voice sounded so strong in my head that I had a hard time making it NOT sound like her. (I think I’m past that, though every once in while I catch myself slipping. I suspect I’ll be reworking some of the dialogue in edits.)

But even as a published author there’s still that fear that whatever I’m working on sucks. It takes me a while to decide if I really love what I’m working on or not, but I think I’ve finally reached that point with this one.

And the reason I know is simply because even if I’m not writing the story on paper…it’s being written in my head. So like yesterday, while I was paddleboating around the lake with the kids – I was there and having fun, but there’s this tiny part of mind that was cordoned off with thoughts of the book.  Things to remember. Things to change. Things that seem cool.

If you’re a writer, that’s the time when people tend to ask you what you are thinking. Which is sometimes hard to answer. “Well, I’m looking at this lake we’re floating on and I’m sorta wondering how long it would take someone to drown if the stones were tied to their hands instead of their feet.”  Maybe less morbid than that, maybe more. Either way it’s bound to be equally weird.

At any rate, I’m hitting a point where the characters are starting to feel “real” to me. Real enough that I was actually a tad depressed at having to kill one off already. I hate that there’s all this lingering potential, but…it’s necessary for a number of reasons, so off with her head, I guess.

In the meantime, just a couple of links of note – first off, there’s an auction going on that I’m contributing to over at Vampire Book Club – all proceeds go to fighting cancer. My auction is here and includes books by Jim Butcher, Seanan McGuire, Mira Grant, E.S. Moore, Kylie Griffin and a character naming from Jaye Wells. Definitely worth a nice donation so go check it out!

Also, apparently A Sliver of Shadow was a Library Journal mass market paperback of note back in March, but I had no idea – however it’s super exciting. 🙂

Otherwise, new Fox & Willow up today – and hello! Gideon in human form and soon to be a bit of an ass. (Like you’d expect a trickster spirit to be) 😉

One Response to Writer Brain