The Value of Words 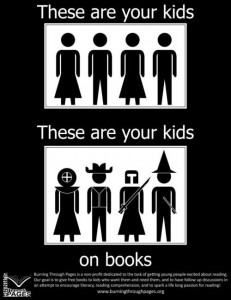 With A Trace of Moonlight coming out this fall, I’m starting to turn my eye toward my next bout of promo and swag and all the other things that may or might not improve sales. (And incidentally, there is a cover up over at Amazon and various other places, but it is a LEAKED cover – not the finished one and not of good size or quality. Rest assured I’ll post a final copy here once I’m allowed.)

At any rate, one of the things I’ve noticed is that my Kindle books are getting tagged as being overpriced. Which is nothing new. My ebooks run the same price as the MMPB – and that’s the price set by the publisher. I have zero control over it.

And I’m not objecting to people being unhappy with the prices – after all with so many books running around at the .99 price it’s hard for a consumer to understand why some books are more expensive than others.  (And obviously we’re all waiting to see what happens with the DoJ investigation into the Big 6 and Apple – it will be very interesting to see what shakes out from that.)

What I do find somewhat distressing is when readers accuse authors of being greedy or selfish. As noted above, I have absolutely no influence on when a book is released, how it is released, how it’s distributed or how much it costs.  And I’ve heard horror stories of some authors receiving death threats, threats of rape, etc, because a book wasn’t released on time or released too early, or cost too much or whatever. Which is ridiculous anyway, but it also portrays a disturbing mindset of entitlement. (This happens quite a bit in the gaming industry as well, but that’s another blog post.)

So what is it that causes this sort of reaction? Being “anonymous” on the internet? The way media tends to be more and more disposable as we go? The ability to reach out and interact with the creator of a book or an artpiece or a song with the click of a button?

In some ways, the self-publishing revolution has blurred the lines quite a bit. These days anyone and everyone can publish something on Amazon or Smashwords or wherever. The author can set their own price and get their own artwork and off they go. The average consumer doesn’t always know or care where a book comes from (and should they, really?)

All they see is the cover and the price and make their assumptions accordingly. On one hand, lower prices mean more readers are willing to take a chance on a book or author they might not otherwise do. It puts books into less of a luxury category (which a $25 hardcover would certainly be) and opens up additional pathways for media consumption and gaining readership.

But on the other hand, do readers then start taking authors for granted? There does seem to be a pervasive line of thought that anyone with a word processor can be a writer and therefore the work isn’t as valuable as others. (And if you are a writer and you’ve ever had to struggle to explain to friends and family that what you are doing is *working* and no, you can’t do X right now simply because you’re in front of a computer, then you know what I mean.  The muse is a fickle thing sometimes and it’s hard for many of us to just pop in and pop out of that zone.)

I’m not sure there’s a right or wrong here – it just *is*, at the moment – and until things shake out into whatever the New World Order is going to be, writers just have to do whatever works best for them.

This entry was posted in blog and tagged prices, rambly, trace of moonlight, writing. Bookmark the permalink.

2 Responses to The Value of Words