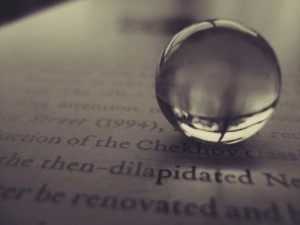 There’s a sort of surreal mindset that comes with those last few days of revisions. (At least for me.)

One of those things that builds and builds stress-wise until it’s 3 in the morning before the book is due and my right eye is twitching like mad and I’m on my 13th can of Coke Zero and I’m not even seeing the words I’m typing. (At which point, I give up and take the next day off from my day job to finish up those last few pages – because even if I actually managed to get to work I’d be a zombie anyway.)

It’s probably poor time management on my side, though I don’t mean for it to be. Not sure why whenever I’ve got something due, shoes start dropping, kids get sick, my back flares up…one small thing after another that starts to build up and up. (And to be honest, I was only given a two-week turnaround for the revisions, so it’s not like I played Mass Effect 3 for five weeks and then tried to slam it in all into one weekend, either. Though it sorta felt that way.)

I do admit to feeling a tad paralyzed when I first look the revisions – it takes me a few days before I fall into the editorial groove – some of it is just mental processing, some of it is terror that I’m going to fuck it up the moment I touch it.

Once I’m in the zone, it gets easier.

But it’s a day or so later after the edits have been turned in and my brain is coming down…and I’m looking around the wreckage of my house, because I obviously haven’t had time to clean or go food shopping or anything domestically productive.

So now, I get to try to put things in order and regain a sense of control over “real life” and eating better and everything else that gets put on hold in the meantime.  (This should tie in nicely with tomorrow’s Word Whore post about chores and men’s vs women’s work. Which is a laugh around my house, but there you have it.)

At least until next time. 🙂

This entry was posted in blog and tagged crazy, housework, revisions. Bookmark the permalink.