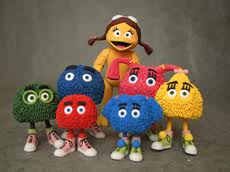 It all started with a McDonald’s Fry Guy whistle.

During the mid-80’s – I’m not sure exactly when, maybe 82 to 86 or so, I had a summer friend who would come to visit. His grandmother lived next door to us when I was growing up and every summer he would come to visit her for a few months. (His parents were separated so I think that had something to do with the length of the stay. Sometimes his sister or cousins would come for a few weeks as well.)

In some ways it was a godsend for me. They didn’t go to my school or know any of my other friends, so they didn’t know how miserably I was picked on. I looked forward to his arrival every summer like I was getting a passport straight into Narnia or something.
I can’t even begin to explain it, because honestly? He was sort of a dick to me at times, but he was cute and he was funny and I was crushing hard, so I guess that made it okay. Between him and my brother and his family, the four or five of us would run wild from the moment we had breakfast until it was dark out. I know people sit and talk about the “good old days” like it’s some kind of magical land, but it was sort of true.
Truer than it is now for my kids, today. No internet. No cable TV. No nothing, but the lake and the woods and freezing Star Wars action figures. (Yeah, that’s right. We’d put them into paper cups, fill the cups with water, freeze’em and then take them out and set them up on a little hill and chuck golf balls at them. Okay, a little odd, but hey, NO INTERNET.)
We’d catch tadpoles. Feed peepers to fish. Go fishing. Play whiffle ball. Swim. Climb trees. Set off cherry bombs. Find box turtles. Get lost in the woods for hours. (And of course we’d always run into some creepy little camp or such out in the middle of nowhere with a pile of dirty magazines and beer bottles next to it. Once we found a dead puppy. And yes, we would totally get lost. I shudder to think about where we were at the time. If our parents had known? Yikes.)
Once we got lost so badly we couldn’t find our way out and my friend pulled out a Fry Guy whistle he’d gotten from a Happy Meal the day before. He told us it was a Goblin Caller and if he blew it, the goblins would help us home.
Oddly enough, it did.
I suppose my friend could have been yanking my chain, but at that age I was more than willing to believe it.
If I’m sounding a bit mushy and nostalgic about it, I don’t really mean to completely. As the only girl in the group (for the most part), it wasn’t all sunshine and lollipops. Pranks including them digging a pit in the yard and covering it up with leaves and then calling me over to try to get me to fall into it. Lucky for me, I actually jumped over it and one of the cousins fell in.
But I was so desperate for his approval that I didn’t even mind. Hell, even when he told me he was going to marry some girl back in California and that I could be their maid and take care of the big barn of animals they were going to have, I was okay with that. (Yeah. Self Esteem. I Haz It. Not. On the other hand? We were in 4th grade, so meh.)
As we got older, the pranks got a little crueler in nature, particularly when false love letters got involved. (No, I didn’t fall for them, but it still hurt. Besides, I had a beautiful little blond girl friend that he had always adored, so I knew the score there. Not that she played with us much.)
Still. Over time his visits grew shorter each summer until he pretty much stopped coming. And then we moved away and that was it.
After my mother died, I tracked him down via the internet. Maybe it was just the need to reconnect to my past that drove me toward it. I sent him an email with “Goblin Caller” in the subject line and was gratified to find that not only did he remember me, but he had fond memories of that particular part of our history. After a short term email reunion we drifted away again until this past April.

When I was in LA for RT we finally hooked up for an afternoon and for a few brief hours I was back in my past, reliving all those summers and memories. There was a lot of “Do you remember? Do you remember?” He admitted he’d been a major prick to me back in the day, but we laughed it off over lunch and a tour of Paramount Studios.

Twenty years makes for a lot of change, after all. We’d both had our share – marriages, children, divorce (in his case), career changes. We grew up, I guess.

But he still asked after my little blond girl friend.

This entry was posted in blog, friends, memories. Bookmark the permalink.