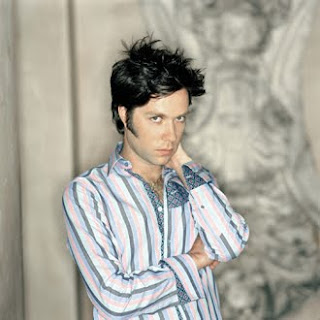 Even though I don’t get the chance to go to many concerts these days, I jumped at the opportunity to see Rufus and Martha Wainwright this past Saturday. (They were playing at the Strathmore, which is were I saw the last David Garrett concert as well.)

I did drag mr myn along as well, although I don’t think it was really his scene – he’s definitely more of a metal hair-band kind of guy, but he had heard one or two songs from RW (plus I think he was doing the husband suck up, which earns him many brownie points, so that’s always good.

At any rate, you may not have  heard of Rufus directly – his music doesn’t tend to get much radio play, but you’ll hear his stuff in movie soundtracks (i.e. Hallelujah in Shrek or La Complainte de la Butte from Moulin Rouge. Still, he’s pretty damn brilliant.)

Now, I will say the first half of the show was a little odd – it was a bit more like performance art than anything else. In fact, the audience was told not to applaud or make any noise until after he left the stage. And he came out dressed in this long black Angel-of-Death get up, beneath a single spotlight. And for a straight hour he played the entirety of his latest album: Songs for Lulu. Behind him on the wall there was a giant screen that kept showing a single eye (in different sizes at times) that was heavily blackened with kohl and mascara (and was in B&W anyway) and all it did was blink throughout – sometimes in slow-mo, sometimes crying. Seeing as his mother died in January of sarcoma and based on the songs themselves (which weren’t exactly uplifting – in fact the singing and the piano were often in different tempos which artistically speaking is amazing – but a bit discordant to listen to. Which may have been the point) – I think this was his way of grieving and from that perspective I enjoyed it.

After the break he came out in what was essentially pink leopard print jeans/coat/shirt (yes, he is flamboyantly gay – yes, that is totally awesome) and the second half was a bit more fun. I have most of his albums and so I knew everything he did at that point. His sister came out a few times as well (and she had been his opener) and together they are just phenomenal. 🙂

If you get a chance, take a listen.

This entry was posted in rufus wainwright. Bookmark the permalink.