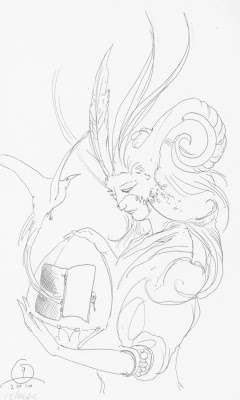 I have a hard time letting go of things.

Those of you who know me, or who have followed along with the blog know what I’m talking about. Jeffe and I had a conversation about it via IM the other night, in fact, and she mentioned that the Chinese see everything in a cycle of 5:

And of course, this concept could apply to anything – ideas, jobs, relationships, whatever. We decided that I had the biggest problem with Decline. Whether or not that’s because I’m afraid of Death, I’m not entirely sure. Though, maybe that’s not right either.

But I know I have a tendency to hold on to things. Change can be very painful for me. Better, maybe to just keep strangling the life out of something until I have no choice but to bury it.

Not sure what it gets me, but it’s a bit ghoulish in some ways. Like I’m just left with a zombie. It sort of looks the same and sounds the same, but that spark that made it what it was is gone – it’s just a shambling mass searching for brains. And the harder I hold onto it, the faster it falls apart until all I’m holding is a bunch of bones.

In either case, I’ve been trying to break out of this cycle, because it’s a habit I’ve had for a very long time. I really don’t like it – not the behavior and not what it’s turning me into. I recently ordered a special edition of the ShadowScapes Tarot which included a custom sketch on a card from the artist, based on a single keyword. I’ve been feeling trapped within my own sets of emotions for a while and the only word I could think of was “release.” So a bird being freed from its windowless cage seems very apropro, on several levels.

So, that is where I am on things. I took a few big steps (for me) this morning – painful ones, but in theory this is a good thing. (Incidentally, Arwen Lynch gives a fabulous Universe tarot reading – I cannot recommend her enough.) I will continue pressing forward until I have a healthier outlook.

And in the meantime, maybe I can learn to Double-Tap that bitch back into the ground.

This entry was posted in blog, metaphoric crap that is supposed to mean something deep but probably doesn't. Bookmark the permalink.