Zen and The Art of Wombat Pr0n 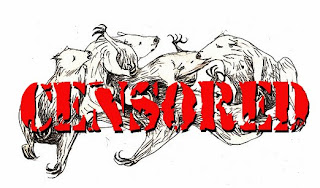 It started on a dare on Twitter. Partially as a joke but then it spawned off into a life of its own.

After all, who would have thought that something as ridiculous as a wombat would have such a…robust…sex life. Well, apparently they do:

“The female, after a prolonged period of copulation in the same position, broke away and began to trot in a pattern of circles and figures of eight,” he says. “The male chased her, following closely behind, and then bit her on the rump.”


Armed with this particularly awesome bit of knowledge, the call went out to the twitterverse to see if wombat pr0n did, in fact, exist. And the challenge was taken on (rather successfully, might I add), by the awesome @galendara  and @jaymgates – who, when they couldn’t find any, went ahead and made some of their own. The uncensored and NSFW version can be found here –> Whoa!

So, for my part, I now have to work in a reference to said Wombat Pr0n into my next book. Which may be easier than it seems, given that I already have a pretty pervy unicorn as a sidekick, but I shall have to see.

There now, doesn’t your day already seem much better? After all, *you* could be the one blogging about wombats and their pervy little bedroom habits.

This entry was posted in wombat pr0n, wtf. Bookmark the permalink.

9 Responses to Zen and The Art of Wombat Pr0n