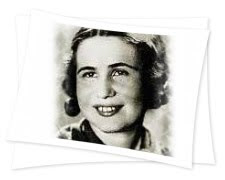 Mr Myn was kind enough to let me know that Connor might have questions about the holocaust tonight. Or more specifically about the fact that 1.5 million children were murdered in concentration camps during World War II.

That’s a pretty heavy topic for a nearly 7 year old to ask about on a Friday morning, but to put it into context, mr myn was on a site about Irena Sendler. Connor had questions. Mr myn gave him the 25 word explanation about what she did and why she was a hero of epic proportions. I wasn’t there, but I am girding my mental loins for tonight, because I suspect Connor will want to talk about it. Depending on how that goes, I may let him watch The Boy in the Striped Pajamas, which is utterly beyond heartbreaking, but I’m not one for sugar-coating history. I don’t want to scar him for life either, but if he’s willing to ask the questions, I’m willing to try to provide the answers – and there is far more to life than Jedi Knights and Bakugan.

Irena, by the way, was an amazing woman who put her life on the line to rescue over 2500 children from the Warsaw slums, finding them foster families and providing them a new chance at life – everything from sneaking children out in body bags to coffins to hiding a baby in a toolbox. She kept buried jars in her backyard with every child’s name and where they went to so that she could reunite them with their families when the war was over. (Unfortunately, most of those children’s families had been murdered at that point, so a rather bittersweet ending all the way around.)

According to Wikipedia:
In 1943 Sendler was arrested by the Gestapo, severely tortured, and sentenced to death. Żegota saved her by bribing German guards on the way to her execution. She was left in the woods, unconscious and with broken arms and legs.[2] She was listed on public bulletin boards as among those executed. For the remainder of the war, she lived in hiding, but continued her work for the Jewish children. After the war, she dug up the jars containing the children’s identities and attempted to find the children and return them to their parents. However, almost all of their parents had been killed at the Treblinka extermination camp or had gone missing otherwise.

She was nominated for a Nobel Peace Prize in 2007.  And just to put it in perspective, Al Gore won that year. He made a  glorified slide show as to why global warming is bad. Not that the Earth isn’t important…but really?

Anyway, it’s a fascinating story and not very well known, so if you get a chance to research it, I highly suggest doing so. I like it because from a teaching point of view, it’s a phenomenal example of how people can be more than themselves – that we are NOT limited to merely being sheep, and that some people are willing to stand up for the greater good, no matter what it costs them.

This entry was posted in Connor, history, holocaust. Bookmark the permalink.