The Unbreaking of Me 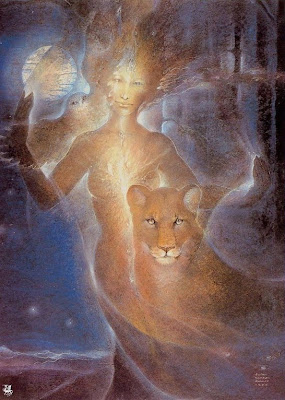 The three hours at the homeopath on Thursday were among the toughest of my life. Homeopaths attempt to treat the entire person as opposed to just physical symptoms, and they believe that many ailments can be triggered by emotional issues.

Apparently, I have a lot. And that’s not to just rehash the stuff about my mom – we went back pretty far into my childhood and worked our way up to the present.

Parts of the discussion were eyeopening. Parts were heartbreaking.  There were many questions I either couldn’t answer or didn’t want to answer (and there is a difference).
I broke down and cried more than once.

I repress a *lot*. And I’ve apparently been doing it for much longer than I realized. When it’s beaten into your head that you’re pretty much a worthless piece of shit by your peers for the majority of your school years, it tends to skew your perceptions. When you add in the fact that the people who were supposed to protect me weren’t really there the way they maybe should have been, it definitely starts to add up.

And that’s not to say my early life was this terrible, horrible place or that my parents or teachers were neglectful assholes. It wasn’t and they weren’t. I can say it was a different time back then, but I’m not really sure that would really matter.  The point is that I was a social misfit, the bullying did occur, and when I discovered that no one actually did anything about it, I pushed most of my feelings down and kept on going. Even now, I find myself apologizing for feeling the way I do about it. Like somehow it really is my fault for why things happened the way they did, or that I don’t have the right to *be* hurt or upset by it.

This has left me with a rather large reservoir of anger. And it doesn’t take much these days to set it off – although I think it tends to siphon out of me in different ways. I’m not entirely sure what the solution is. I mean, what good does it do to rage at people from 25 years ago – people who have probably long since forgotten I’ve existed?  I obviously can’t compare my story with anyone else’s. I’m sure many people had it worse that I ever did, but I can’t change the past, just like I can’t change how I felt at the time, or how I feel about it now.

Letting go isn’t the same thing as pushing it away, as I’m coming to discover.

To be honest, I detest even bringing up this subject at all. It seems like whining. And maybe that’s why I’ve never really talked about it with anyone. “Boo-hoo, myn was picked on when she was a kid! Welcome to the club! Get a helmet!”

But maybe that’s unfair to me, too.

What bothers me more is that I find myself doing the same thing to Connor as my parents did to me when things got harder in school. Which is to say – half-ignoring the issues and hoping it clears up on its own. I can’t fight all his battles for him, but I don’t want to be a helicopter mom, either. So there has to be a balance somewhere, but I’m not entirely sure how to reach it.

This entry was posted in random, whining. Bookmark the permalink.

6 Responses to The Unbreaking of Me