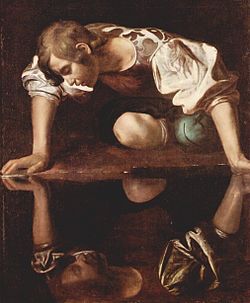 Today’s post is partially inspired by this post from about the ten biggest website mistakes that authors can make, as well as the occasional consensus from various people around the internet who assume blogs are nothing more than vanity displays for megalomaniacs about stuff no one really gives two shits about.

Which is probably true for some. I tend to divide blogs up into three categories – those that are useful (i.e. talk about trends or things I am interested in – books, technology, etc), those that are fun/interesting and those that are just sorta there.

I don’t think I had any goals planned when I started this blog. I’m not even sure it fits any pressing need on the web. After all, there are tons of them out there just like mine – aspiring authors, all writing about their journey to the holy grail of publishing.

And there are several lines of thought about that – nearly everyone agrees that an author should have at least some platform on which to launch from. It gives potential readers a chance to find out what sort of person you are. And it’s a pretty sure bet that potential agents or editors are going to take a look at it too, so be open with your thoughts, but with a dose of caution – after  all, words are very hard to take back once you throw them out on teh internets.

On the other hand, constant rants, while refreshing to one’s soul, can also give off a vibe of “batshit crazy” – not necessarily what you are looking for when you are trying to brand yourself. (Well, maybe some of you are, but then that’s your thing and I wish you luck!)

But still, sometimes it sort of cracks me up that the people who denigrate blogs the most are the people who either don’t have them, or put so little of themselves on them that there’s not much point in posting at all. It’s like everything else – you really can’t go halfway. People will recognize that you’re not being very honest with your readers and probably won’t come back.

I tend to put a lot of myself out here. It might not all be interesting to everyone, but that’s okay. I know some people come here to read about the writing, and some for the family stories and some just because they know me. So I figure that’s a pretty good place to start. The rest of it will just have to take care of itself.

Edited to fix the link up there. (Work blocked it so I couldn’t test, go figure…)

This entry was posted in blog stuff, random. Bookmark the permalink.