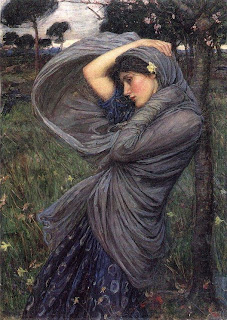 There’s a reason I will probably never write a historical romance. I have little time for doing the large amount of research required to pull off something satisfactorily accurate – i.e. Diana Gabaldon’s Outlander series. Say what you will about the last book, but the woman does her homework, and part of what makes her books satisfying is that particular care to the small details, and the way they’re woven into the everyday life of the characters. There aren’t information dumps – people just do what they do.

However, I’m running through some contest entries at the moment – some of them have a  more historical bent and what’s really getting to me is just how little research is being done on them. I don’t know if that’s because the writer assumes the romance part of the story is going to just carry the reader through (and I suppose in some cases, if the romance is just that wonderful and the writing is great, that might be possible) – but in some of these entries, it’s very clear just how weak the premise is.

Now, I’ll admit up front, I’m not a historian…but I can Google as well as anyone – and nothing knocks me out of a book faster than when a writer starts using anachronistic/prochronistic terms.  In one entry, the writer repeatedly used a word that dragged me out of the story to the point where I finally looked it up – yes, it was an older word…but it hadn’t been coined until 500 years AFTER the story setting. It took me 30 seconds to find that information…so what does that tell you about the writer? Are they lazy? Is it a simple mistake? Ignorance?

My other pet peeve is mostly biological. Again – I don’t know much history, but I do know a fair bit about animals – I was pre-vet for a while, interned at a wildlife veterinary hospital, rode horses, degree in Marine Biology, etc. I took my share of animal behavior classes and been bitten by and/or raised just about every small mammal in Eastern North America and  a  number of birds too. I’ve even been taloned by a red-tailed hawk. It really, really hurts. Especially when they don’t let go.

Falconry and horses are two of the big things I tend to see in historicals (or even fantasy settings, honestly). There’s a lot of good, solid information out there on these activities –> https://fantasy.fictionfactor.com/articles/horses.html, for example. Not much excuse for anyone who’s going to be writing about them, even if it’s just to flavor the work.

So it irks me like crazy when the hero gallantly rides around on his magnificent steed for hours and hours and never walks him or rubs him down. Or the heroine has her pretty pet falcon/eagle/hawk and it just magically lands on her shoulder or naked wrist.

Especially after its talons sever a tendon in her forearm and she bleeds to death on the hero’s broken-winded stallion.

This entry was posted in craft, research, writing. Bookmark the permalink.

7 Responses to Keep it Real