The Fantasy of Desire 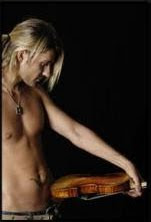 I can fall in love at the drop of a hat. And I do pretty much every day in some form or another.

Or maybe I just think I do. It doesn’t take much – an exotic accent, a unique skill,  windswept hair, whatever. It’s a mindless sort of love though.  It doesn’t require any real commitment or knowledge or even the ability to have a functional conversation – because it’s purely fantasy.

But let’s be honest –  there’s a sort of safety in falling in love with the unattainable. Whether it’s a character in a book or a movie or a random celebrity, you’re pretty much free to imagine whatever scenario you like without worries of any sort of repercussion.

There’s no bad breath or jock itch in my dreams, anyway. And probably not yours, either.

I suppose that’s the broader appeal in romance books – for a reader to imagine themselves as the hero/heroine, to be *chosen* by fate or luck or whatever to come into contact with one of the beautiful people – and have said pretty person actually want them. I mean, I don’t know about you, but I don’t regularly hang out with rock stars or cover models. At least, not since I went to Romantic Times anyway, and although there was a fair amount of man-titty floating about the place, I can’t say it was a real connecting sort of experience. After all, they were there on business, to essentially earn our votes to become Mr. Romance, which sort of detracts from the illusion. There’s no real chance to break through the facade of chiseled abs to find out who they actually are.

Mr. Myn is fantastically tolerant of my mini-obsessions. He doesn’t mind that Jack Sparrow is my pirate-boyfriend, or that David Garrett is my violin-boyfriend. Or whoever the flavor of the week is. He’s never been particularly jealous of it, because he knows I’d never act on it. (assuming said flavor is a real person and I would actually be close enough to say more than Hi, I’m an idiot fangirl).

Although, interestingly enough, we were talking about this the other day (since we’re going to see DG in concert in March) and I was like “It doesn’t matter anyway. Even if I met the guy in a club or something, it’s not like he’d give me more than a two second glance, most likely.” And mr myn just sort of looked at me and said, “It doesn’t matter what his reaction would be. It matters what *yours* would be.”

And that sort of took me aback for a moment. Because the reality of it is that he’s absolutely right. I seem to have a disconnect about it – after all, I don’t look like a model. I’m getting grey hairs and wrinkles and my body bears the scars of childbirth. And it’s not that I’m so shallow to think that romance can’t be built on more than just a first look (obviously it can), but if you only have 30 seconds to meet said fantasy person, surely you want to look your best? And since I can never truly measure up to the airbrushed beauties that adorn magazine covers, I don’t think I’d ever really considered what *my* reaction would be.

If you imagined for a moment, that the fantasy guy/girl of your dreams was standing outside your front door, *right* now with a flat tire or something, would you answer it? What if you had just woken up and didn’t have time to shower or put on makeup or shave your legs?

Ah. Now we’re getting into interesting territory. Because reality is messy. Desire is a longing for perfection. Love seems to be a combination of both. And it’s probably the key to writing a good romance. Easy enough to fall for sapphire eyes and raven hair or a squared jaw and biceps that go on for miles, but writing up a believable relationship requires flaws. And in theory, ultimately the acceptance of those flaws.

Not that I necessarily want *all* my illusions destroyed. Please don’t give the hero a raging case of the shits, for example.I also don’t want a heroine with dandruff or athlete’s foot.

Still. What harm to look at teh pretty and pretend?

This entry was posted in craft, david garrett, desire, romance. Bookmark the permalink.

7 Responses to The Fantasy of Desire