Of Cabbages and Kings…

I took a digger down the Hill of Tara about fifteen years ago this month. I was on a college tour and as part of that my little group got to head out to Newgrange and Tara.

Funny thing, though. I was actually rather apprehensive about the Hill. After all, it had been rumored to hold the court of the Tuatha De Dannan, as well as the place to crown the ancient kings of Ireland.  My maiden surname is Hogan, and according to at least some family traditions, my clan actually became the knighted bodyguards of Brian Boru, the first Ard Ri (or High King) of Ireland. (Guess we were part of the Dal Cais. Who knew?) 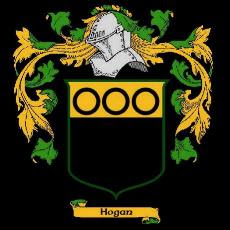 Which is all very well. I’m not sure what I expected when I got there, but honestly, it’s not much more than a rather tall, grassy mound. And a rather muddy one, if I recall correctly.

In my teenage years I was quite the scholar when it came to all things Celtic, and my head was full of the mythology , the cycles, the Seelie Court. I could have rattled off tales of Emain Macha, Etain, Nuada of the Silver Hand, or pretty much anything else remotely related to Celtic mythology or legends. I still have my copy of The Fairy Faith in Celtic Countries kicking around, and a very battered version of Gods & Fighting Men, although I seem to have forgotten a great deal of what I learned since then. (Probably from stuffing my head full of useless things related to having a job. Go figure.)

At the time, however, I knew what it was all about. Alas, my reaching the top of the Hill was not to be – the powers that be (whether natural or otherwise) saw to it that I would get approximately a third of the way up before slipping and tumbling back to the bottom, slathering my coat and my backside in the mud of kings.

I suppose I managed to soothe my aching pride by convincing myself that had I actually made to the top, the mound would have opened and…I don’t know? The Sidhe host would come forth and make me their queen?

Erm. No, not really.

But I still have the coat in my closet.

This entry was posted in ireland, random, sidhe. Bookmark the permalink.

5 Responses to Of Cabbages and Kings…