Snow and Anklets and Busted Gazebos 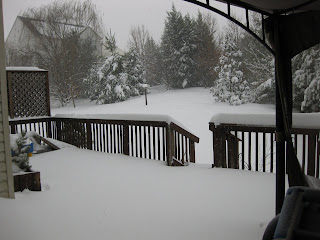 Yeah, so we got snow last night. A lot of snow (for DC, anyway). In fact, it’s *still* snowing. Which would be fine for the most part. After all, I have nowhere to go and I’d pretty much decided I wasn’t going to do anything but bake today, anyway. (I’m eating my 3rd homemade corn muffin as we speak and the eggs are setting to make meringues, which I’ll blog about tomorrow.) 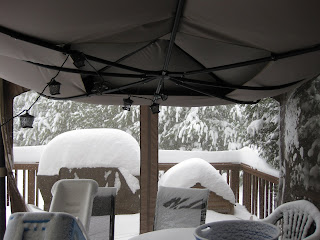 Apparently my gazebo wasn’t meant for having 20 inches of snow packed on top of it, and if I’d had half a brain I would have pulled the canvas roof off last night, but there it is. So after a little bit of time this morning I heard this nice thud and came downstairs to find the entire top end completely inside out, metal struts bent all to hell.

I’m a little pissy about it, honestly. I know it wasn’t the most expensive thing on the face of the planet, but I’ve had it for what? 6 months? I would have liked for it to have lasted a little longer.

Ah well. Here’s a few pics of the kids in the meantime. 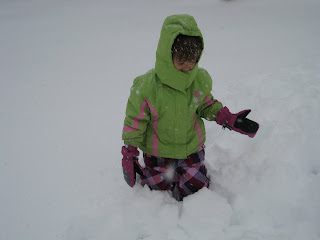 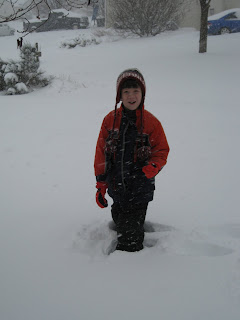 We had a little bit of fun, but the snow was coming down pretty hard, and Lucy could barely walk in it, so we didn’t last too long.

On another note, we lost power here for about 3 hours (as I was writing this lovely post, in fact). Good thing I hadn’t started any *real* baking. The children and I took refuge beneath the blankets of the big bed and had some fun of the storytelling variety.

And, in light of the weather, I took pity on the broken-tailed stray cat that we seem to have been feeding over the last year and brought it inside and down to the basement room where I keep my other cats. And no, I don’t “keep” my cats in the basement normally, but they’re both indoor/outdoor and sometimes a little less than stellar about using a litterbox or not destroying stuff. They’re all cozy and warm down there in their kitty condo for the moment, so that will have to do. 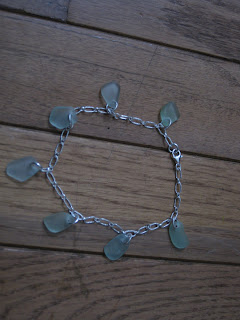 And I nearly forgot to mention that Jeffe sent me a lovely early Christmas present: A beautiful sea-glass anklet, the sly woman. 😉

I tried to take a picture of it on my ankle, but hard angle to capture, so on the floor is where it’s at. 😉

So, assuming the power lasts long enough, I’m off to make my meringues for the next several hours.

** And on a last squeeful note, I snagged front row tickets to see David Garrett at the Strathmore in March, because I am sometimes full of win. **

5 Responses to Snow and Anklets and Busted Gazebos