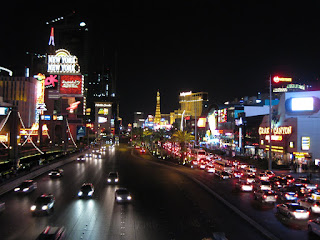 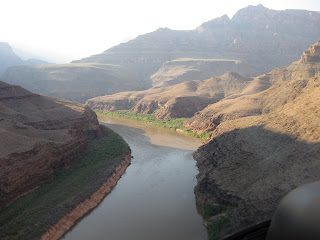 Day 2: Huge breakfast at the buffet. Went to see the Bodies exhibit at the Luxor. And while there’s a part of me that felt it was pretty cool, there’s a larger part of me that felt it was somehow disrespectful. Can’t really explain it. Even aside from the controversy around the exhibit about where those bodies all come from, parts of it were disturbing. Occasionally, I wanted to cry. Don’t know why. Guess I just don’t like death, voluntarily displayed or otherwise.
Won’t be going back to that one. 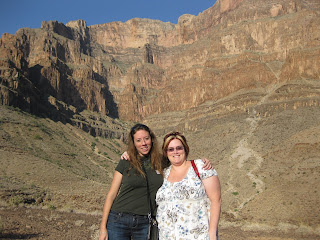 After another rest and more blackjack, we all went out for a massive steak dinner. *bloat* Then AK and I walked the strip for a while and went to the Thunder Down Under show. I got the VIP tickets so we were down on the floor, and while it was amusing, I felt like I was seeing it about 10 years too late. Maybe because 1) I wasn’t a bachelorette or 2) I wasn’t wearing a crown made of tiny penises or 3) I wasn’t drinking to the point where I was puking my guts out in the bathroom (yes, all three were quite alive and present there). It was fun, for sure, and the guys seemed to be having a good time. AK and I debated hanging around to get our pictures with them, but the line was huge and it was about 1 AM by then. And I’m a boring old biddy, I suppose. Next time. 😉 (And I’ll be sure to bring my penis crown). 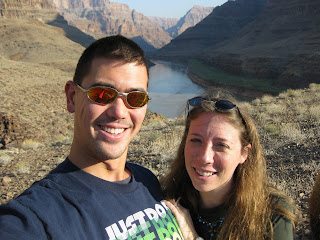 So, went to bed at 1 something and got up at 4:45, which puts us into Day 3. Sunrise tour of the Grand Canyon via helicopter. 45 minutes out, 30 minutes at the bottom with a champagne breakfast and then 45 minutes back. Saw the Hoover Dam. Good times were had by all. Next time I think I will want to go longer and spend some more time there. It was pretty cool. Glad we went in the morning, though – they say the bottom usually gets to be about 119 degrees F most days. 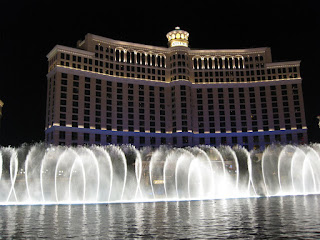 Flew back and did some window shopping and then had a late lunch with AK and Dan before they left and then crashed for several hours.
Go figure.
We were too bloated from lunch to do much more than that, so after we woke up, we played more BJ and then took a cab to MGM and played more BJ and wandered over to New York, New York. And then, Tom Jones! W00t! We ended up 4 rows from the stage. Different than last year, though. He’s let himself go grey, but he still put on a really great show and did a bunch of stuff from his new album. He even stopped to autograph some chick’s shoulder (she was going to get it tattooed later). The only goofy thing was when he sang “What’s New, Pussycat?” and two women in the front row chucked like 30 stuffed cats on the stage. Even he started cracking up at that. 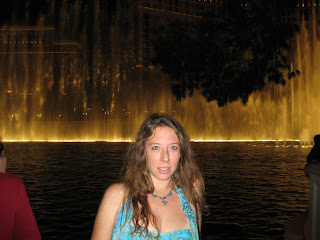 We walked back up the strip after the show and then hung out in front of the Bellagio for about 45 minutes to watch the fountain shows. Soooo cool.
We watched a very stoned looking Jack Sparrow wandering around posing for pictures. I chose to pass.
And then I went back to my room and passed out, because there appears to be a limit to my sanity. Dan however, went back downstairs to play the tables at TI and have some kind of chocolate dessert. 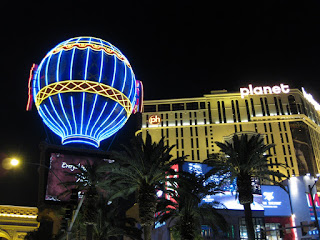 Extra shots from the strip. Whee! 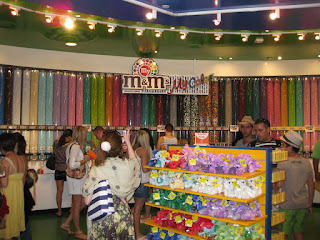 Oh yes – we stopped by the M&M store. 4 floors of nothing but M&M crap. And seriously, they wanted $12.99 a pound to buy M&Ms from those rows in the back. (Every color/flavor you could imagine). Rip off. So of course, I bought some. Because that’s how I roll, yo.
This entry was posted in delays, random, vegas. Bookmark the permalink.