Writing What You Don’t Know 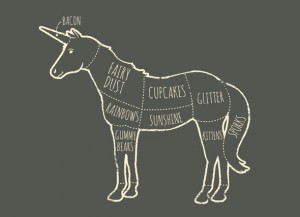 I was on a forum over the weekend where people were talking about things they hated most in books.

One person commented that they hated it when men wrote about women characters.

Now, the user has a right to that opinion, even though it was pointed out that that sort of limitation would completely obliterate most books as we know them.

And the thing is – the user’s specific complaint was the author’s treatment of the female character’s period – e.g. referring to it as her “little monthly visitor” or some such.  Now, I haven’t read the passage in question, so I don’t know the context. But her argument is that you can’t write about something you don’t have and will never be able to experience.

Huh? That’s like saying I can’t write about dying because I’m not dead.

The short answer is  – not everyone experiences everything, regardless of gender. And experiences vary wildly between individuals.  (Not even getting into the transgender argument – body types and sexuality are often fluid.) Just because someone has a uterus doesn’t mean they’re going to go through childbirth, for example. Does that mean a writer shouldn’t write about it?

“Write What You Know” has always been that standard phrase of wisdom, but quite frankly, it sucks for fiction writers – after all, we’re all liars. I’ll never know what it’s like to kill daemons, or play a magic violin, but that’s not going to stop me from writing about it. I’m not a man, but I’m still going to write male characters. Or PoC. Or gay characters. Or whatever sorts of people I need to write about.

The key is respect. I think what a lot of women readers get upset about is the often dismissive tone that some male writers take when it comes to their female characters. There’s a subtle difference between writing a female character and writing a character who is female – and that applies to pretty much everything else – PoC, gay, whatever.

Make your characters people, with whatever flaws and gifts you choose to give them and the rest should take care of itself.

In the meantime – for a fab example of fantasy writing, go check out Jeffe Kennedy’s new release of Rogue’s Pawn which is out today!

And new page of Fox & Willow is up today as well. 🙂

This entry was posted in blog and tagged authorly advice, character stuff, fox and willow, jeffe, writing what you know. Bookmark the permalink.

3 Responses to Writing What You Don’t Know