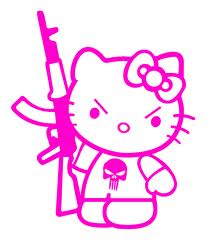 In a manner of speaking.

But yes, I’m going to go ahead and merge this site with my Blogger site and then solely blog from here. I’ll keep the Blogger site up for archiving purposes and because I’ve got a ton of things linked to it and feeds and all the rest of it (though I’m going to try to retire it as gracefully as I can.)

I will be importing the majority of that site into this one – it’s going to be a bit kludgy, I suspect and there will probably be some double posts (simply because I have done some cross-posting to both.) Just bear with me while I mess with it over the next while or so.

But basically, it’s just getting too difficult to run both sites, and my official site tends to miss out on a lot of things simply because I’m not maintaining it nearly as much as I should be. Probably not particularly wise as far as career moves go, so this is the best option. (Though I do find Blogger easier to update in some ways, but that’s okay.) I’ve got some site re-org to do, I think.

And yes, I’m going to continue posting the man-candy and the other assorted oddness I blog there…but over here. It’s all me, so why hide it?

Anyway, as a side note, I did get my revisions for A Trace of Moonlight today. Biggest issue? They’re due back on April 15. Or they are supposed to be. I might be able to swing a later date of April 30. What it means is that I’m probably going to be AWOL a bit because I need to focus on things. (The excellent news is that there’s no major restructuring of the plot required. Just polishing and smoothing – a first for me, quite honestly, though there are definitely some places I’ve got a few changes in mind for.)

This entry was posted in blog and tagged moving, revisions, trace of moonlight. Bookmark the permalink.