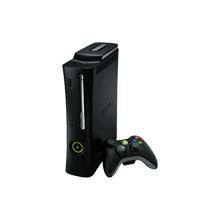 I bit the bullet this weekend and bought a Kindle. I’ve actually been avoiding the whole e-reader thing for quite a while. I’ve always been an advocate for paper-based books. I like covers. I like the smell of the paper. I like taking them into the bathtub. I like to dog-ear the pages.

In attempting to go through a lot of my house, I’ve discovered that I really do have too many books. Shelves and shelves of them.Which is fine – I love books, as I’ve said. But, I’ve come to realize that I  have a serious lack of time and more importantly, I’ve become less inclined to buy books I’m not sure I *want* hanging around the house.

Which maybe sounds worse than it should – but what I mean is that there are books I’d like to read, but I’m not sure I want to read them badly enough to have them cluttering up my shelf.  So, the e-reader seems like a good compromise – I can snag a bunch of books and carry them around with me and read them when I have time, without taking up too much additional space. Plus, I suspect I’m going to be doing a fair amount of travelling in the future, and it is a bit of a drag to haul three or four books with me in my suitcase. It should be here tomorrow, so I’ll play around with it a bit and then maybe post a mini-review. (Although, honestly it’s not like the Kindle hasn’t been around for a few years – I doubt I’ll highlight anything that people aren’t already aware of.)

And yes, I know the Nook has a color screen and the iTablet is coming out and there’s a Kindle 3 in the works that will undoubtedly have color also…but I already have a netbook which I adore, and I’d prefer to let the color technology run through a couple of generations since there will undoubtedly be a few issues to shake out.

Mr Myn also upgraded yesterday and bought us an XBox 360. Which is odd. I’ve been bugging him about maybe getting a Wii, but he’s been avoiding it. for a number of reasons And yet, we found ourselves at Best Buy and decided what the hell. He prefers the XBox because of the Hi -Def ability (unlike the Wii – at least not until 2011), plus most of the games seem to be involved with blowing the shit out of things. Always a plus on several accounts. (We still need to get the wireless adapter, so we’re not technically “live” yet, but maybe next week.)

Of course I told him it was fine – after all, we used to play the original XBox together quite a bit and I think he misses that. Plus he’s been really great about giving me the extra time to write, so if this is something he’ll enjoy while I work, then bonus for everyone.

Not that it stopped me from picking up Fable 2 anyway.

Books? What books? I’ve got shit to blow up.

This entry was posted in kindle, xbox. Bookmark the permalink.